In every article we write about Missouri Workers' Compensation, we stress the importance of honesty to your employer, doctor, and attorneys about your injury and previous injuries. Why is this so important?

There will usually be a question about previous injuries on a patient intake form or other medical documents. According to Missouri Workers' Compensation laws, denial of a pre-existing injury or illness may disqualify you from receiving the benefits you need to take care of your injury. If you don't understand what reporting a previous injury has to do with a current work injury, let us spell it out for you: 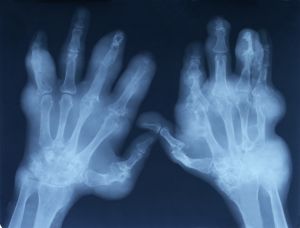 • First, you are being dishonest, which casts suspicion on your entire claim.
• Second, if you already have an injury, it needs to be determined how much of your current symptoms are related to the new injury, or leftover from the old. If the new injury compounds an old one, you may be eligible for extra benefits from the Second Injury Fund.

Here is a case in point. (Although this case happened in New York State, it might very well have had the same outcome in Missouri courts.)

In the case of Poli v. Taconic Correctional Facility, et al., No. 510991, a correction officer injured his lower back, neck, shoulder, and limbs after a fall at work. He informed his employer, and then sought workers' compensation benefits. On his patient intake form, he denied any history of back injury. However, evidence showed that he previously suffered multiple non-work-related herniated disks in his lower back. He had already missed three months of work resulting from that injury.