Joplin drunk driving accident lawyers are well aware of the problem drugged drivers pose on our roadways. Although driving under the influence of certain drugs can be as dangerous as driving while drunk, it is not as easy to determine when someone is impaired by drugs. Many drugs, both prescription and over the counter, have drowsiness as a side effect. Others impair reflex time, cause disorientation and/or distort depth perception. Illegal drugs can cause even more serious impairment issues. However, Joplin law enforcement officials have no equivalent to the "breathalyzer test" for drug users, and proving that drugs have been taken usually requires a blood test. 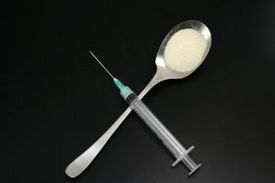 To address this issue, the Governors Highway Safety Association (GHSA) has devised a new policy, in conjunction with The White House Office of National Drug Control Policy's drugged driving summit. They are calling upon states to implement new strategies to address this escalating highway safety problem. GHSA recommends new programs which would increase detection, enforcement and prosecution of drugged drivers. (The GHSA represents the highway safety offices of all fifty states, the U.S. territories, the District of Columbia and Puerto Rico.)

According to Barbara Harsha, GHSA's Executive Director, "Both state and national data indicate that drugged driving is a growing problem that demands more attention. The Association supports a broad approach to address this challenge. As with drunk driving, a strong national-state partnership is necessary to make progress."

How prevalent is drugged driving in Joplin, MO?

However, this statistic is not as black and white as it sounds. Simply testing positive for drugs doesn't necessarily mean that the driver was impaired. Many drugs can still be found in the bloodstream long after their effects have dissipated.

The percentage of drivers killed in accidents who tested positive for drug use rose from 13 percent in 2005 to 18 percent in 2008.

The new GHSA policy calls on all states and U.S. territories to do the following:

GHSA is calling for much more drugged driving research to be done. Impairment standards need to be set, and some kind of field testing for drugged drivers must be developed. GHSA's Harsha says, "Any countermeasures for drugged driving must be based on research and data. The highway safety research community should make this a priority."

If you have been injured in an accident caused by a drugged driver, protect your rights by visiting the Joplin MO car accident lawyers at Aaron Sachs & Associates, P.C.. Call us for a no-cost initial consultation about your injury claim today.