Drowsy drivers are causing more and more car accidents in Missouri and elsewhere in the country. The problem is that many drivers are unable to detect the symptoms or believe they can push through exhaustion. Instead, they fall asleep at the wheel.

According to the Centers for Disease Control and Prevention (CDC), about five percent of drivers that they surveyed reported to have gotten some shut eye behind the wheel at least once during the last month. 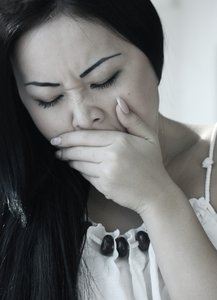 A number of researchers believe that the number is actually much higher. The National Sleep Foundation has conducted a study that revealed about a third of all surveyed drivers fell asleep behind the wheel at least once in the last year. Nearly 15 percent of these drivers say that this happens to them at least once a month.

Our Kansas City car accident attorneys understand how many drivers operate a motor vehicle while sleepy. We also understand how dangerous this can be as drowsy drivers contribute to a large number of car accidents on our roadways. A number of these accidents can easily be prevented if drivers commit to follow a few simple safety tips before heading out on the open road.

The National Highway Traffic Safety Administration (NHTSA) reports that approximately 100,000 traffic accidents happen each year because of drowsy drivers. Nearly 2,000 people are killed in these accidents and more than 70,000 people are injured. These accidents typically result in about $13 billion in losses each year.

Some experts believe that fatigued drivers cause as many as a quarter of all traffic accidents on our roadway, according to Automotive Industry Today. Unfortunately, since there's no test to measure a driver's drowsiness and there's no way to ensure that drowsiness is the recorded cause of an accident.

Fatigued drivers are so dangerous on our roadways because they act similarly to alcohol-impaired drivers. Their reactions and ability to comprehend traffic movement is greatly decreased when exhausted.

To help avoid a car accident caused by fatigued driving, drivers should:

-Stop and rest if you're feeling sleepy at the wheel. Don't try to wake yourself up by chugging some caffeine, opening your vehicle's windows or blare the music. These are all only temporary fixes and won't last long-- putting you at a serious risk for an accident.

-Schedule driving breaks. When planning the route for your trip, make sure to plan our scheduled breaks as well. Drivers should spend no longer than three consecutive hours behind the wheel.

-Make sure you get plenty of sleep prior to your trip. Drivers who aren't getting enough sleep face increased risks for these types of accidents.

-Switch with another licensed driver in the vehicle if you're feeling sleepy.

-Make sure you're eating healthy meals while traveling. Hunger can contribute to drowsiness.

If you or a loved one has been injured in a traffic accident, contact the Missouri car accident attorneys at Aaron Sachs & Associates, P.C. for a free review of your case. 1-888-777-AUTO (2886).