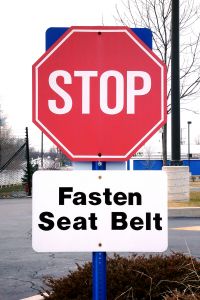 Car accidents are the leading cause of death in Americans between ages five and 34, according to the Centers for Disease Control. Experts say there is one simple step that motorists can take to dramatically reduce their risk of serious injuries: buckle up. In this post, our Kansas City car accident lawyers share some facts and statistics about seat belt use.

What is the effect of seat belt use on auto accident injuries and fatalities?

Thankfully, more and more people are using their seat belts in recent years. In fact, in 2012, seat belt use reached an all-time high of 86% nationwide. However, some motorists still refuse to buckle up. Here are some common reasons people give for choosing not to wear a seat belt:

If you've been injured in a crash caused by a careless or negligent driver, and you'd like to discuss your legal rights with an attorney, please contact our office to find out if we can help.
Categories