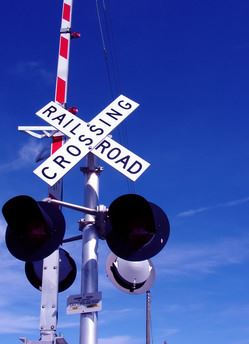 A federal investigation into a deadly Nevada crash involving a semi-truck and an Amtrak train has revealed that the truck driver "seemed unaware of the approaching passenger train" when he drove into its path. According to The Seattle Times, the National Transportation Safety Board (NTSB) has released thousands of pages of documents, all tied to the crash, which happened 70 miles east of Reno on June 24, 2011. Six people were killed and dozens were injured in the incident.

NTSB officials say the semi-truck, owned by John Davis Trucking Co., had defective brakes, and that its driver, 43 year-old Lawrence Valli, had described it as a "death trap," a "lemon," and a "piece of junk." A witness to the accident said Valli appeared to drive directly into the train as if he didn't see it, even though the train and flashing signal lights were visible well before the moment of impact. The witness also said that he saw the truck's brakes lock up and emit black smoke right before the semi hit the train.

Valli was one of those killed in the crash. He had worked for John Davis for approximately six months when the accident occurred. The Times reports that Valli had received 11 speeding tickets since 1992, and he had also been cited for other violations, including improper lane location and inattentive driving. He was also involved in a 2007 semi-truck crash that caused three injuries.

No alcohol or drugs were found in Valli's system, and his cell phone records indicate he was not using the device at the time of the crash. The truck's black box was destroyed, and thus unable to reveal how fast the truck was going - or its brake status - when it collided with the train. Officials say the train was traveling at approximately 77 miles per hour. Because of the position of the highway with respect to the train tracks, the semi and the train collided nearly head-on at an estimated closing speed of 140 miles per hour. The impact left the semi's cab embedded in the train's first passenger car. 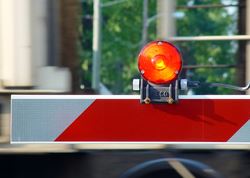 The Times says at least 15 lawsuits have been filed in connection with the crash. Several of those claims allege that the crossing arm malfunctioned, but the aforementioned witness told the NTSB the crossing arm had lowered properly. However, an attorney for the trucking company maintains that some kind of malfunction in the crossing arm caused the accident, and that the arm was undamaged in the aftermath. "Skid marks lead to the line of the gate arm," Steven Jaffe told the Times. "It defies logic that the gate arm sustained no damage after being hit by a truck."

NTSB officials are currently reviewing the results of the investigation. They are expected to release their analysis and conclusions by the end of this year.

The truck accident lawyers at Aaron Sachs & Associates, P.C. represent injury victims throughout the state of Missouri. If you've been injured in a trucking accident, we may be able to help. We work on a contingent fee basis, and we offer a free initial consultation to discuss your case and answer your questions. To schedule an appointment, please call us toll-free at 1-888-777-AUTO, or visit our website. Offices in Springfield, Joplin, Columbia, Cape Girardeau and Kansas City.
Attorney meetings by appointment only
Categories