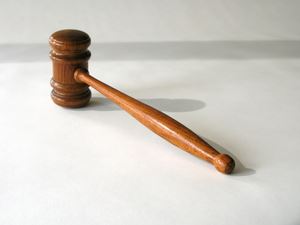 The Indiana Supreme Court recently granted a 46 year-old man permission to sue his father for injuries sustained in a car accident, in spite of a state law that appears to forbid such lawsuits. NBC News reports that Robert Clark Jr. originally filed suit in November 2008, alleging that his father's negligence caused him serious personal injury, but an Adams County trial court dismissed the case. The issue hinged on Indiana's guest statute, which says that drivers are not liable for certain family members' crash injuries, unless a crash is caused by willful misconduct, gross negligence or recklessness. However, the Indiana Court of Appeals later overturned the trial court's ruling, and in a 3-2 decision, the state's Supreme Court agreed that the lawsuit is permissible.

The accident occurred in September 2007, as Robert Clark Sr. attempted to park his vehicle. Clark Jr., who had been his father's passenger, got out of the car to help direct his father into a parking spot. Clark Jr. walked in front of the vehicle and motioned for his father to pull forward, and then raised his hand to signal a stop once the vehicle was in the spot. However, Clark Sr. accidentally hit the gas pedal instead of the brake, and the vehicle struck Clark Jr., pinning him between the vehicle and the curb and significantly injuring his leg.

The Indiana Court of Appeals overturned the Adams County ruling, basing its decision on the exact wording of the state's guest statute, which applies to family members who are "being transported without payment in or upon the motor vehicle." Because the accident technically occurred outside the motor vehicle, both the Appeals Court and the Supreme Court found that Clark Jr.'s negligence claim against his father is valid.

"The Indiana Guest Statute prevents certain designated passengers from recovering damages for injuries resulting from the ordinary negligence of the motor vehicle operator, where such passenger was 'being transported without payment in or upon the motor vehicle," the justices wrote in their decision. "We hold that, as to injuries inflicted when such a passenger has exited the vehicle and is standing outside of it and directing the driver's attempt to park, the passenger is not 'in or upon' the vehicle and thus is not precluded from bringing a negligence action against the driver."