Columbia, Missouri auto accident lawyers have had many clients who were injured in accidents caused by distracted driving. It's a difficult modern problem that continues to grow, not just in Columbia and Jefferson City, but throughout the country: the National Highway Traffic Safety Administration (NHTSA) recently recommended that a total ban on cell phones be implemented for drivers nationwide. So, we were pleased to hear that two pilot programs led to reductions in distracted driving and its related traffic accidents. 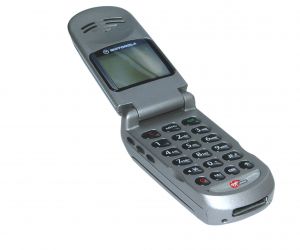 In 2009, nearly 5,500 fatalities and another half million injuries resulted from traffic crashes involving a distracted driver. In fact, distraction-related fatalities accounted for 16 percent of the total number of traffic fatalities in 2009.

The two programs were funded by $200,000 in federal money and $100,000 from the states. The goal was to determine if increased police enforcement along with paid ads and news coverage could reduce distracted driving. "Phone in One Hand, Ticket in the Other" was the campaign's slogan, similar to the highly successful nationwide campaign to promote seat belt use, "Click It or Ticket."

Syracuse police had four periods of increased enforcement last year, issuing 9,587 tickets for talking on cell phones or texting while driving. Hartford Police issued 9,658 tickets for illegal phone use during the same period of time. The National Highway Traffic Safety Administration (NHTSA) actively observed cell phone use along with public awareness surveys in the two cities. Keep reading to see what they found...

Did the Pilot Programs Work?

Both locations reported success. In Syracuse, after high-visibility enforcement, both handheld cell phone use and texting behind the wheel were found to have declined by one-third.

Meanwhile, in Hartford, researchers initially found drivers talking on their cell phones at twice the frequency. However, that was followed by a huge 57 percent drop in handheld cell phone use, and texting while driving dropped by nearly three-quarters.

"The success of these pilot programs clearly show that combining strong laws with strong enforcement can bring about a sea change in public attitudes and behavior," said NHTSA Administrator David Strickland. "We applaud the work of the men and women of the Syracuse and Hartford police forces, and call on state legislatures, law enforcement and safety advocates across the nation to follow their lead."

35 states have passed laws banning texting while driving. Here in Missouri, it is only banned for those 21 and younger. Nine states, the District of Columbia, and the Virgin Islands have prohibited all hand-held cell phone use while driving. It is still legal in Missouri, although study after study has shown cell phone use to be a major contributing factor in distracted driving car crashes.

If you or a loved one has been injured in one of these preventable accidents, contact a Columbia, Missouri car accident attorney to schedule a free consultation. You can reach us by phone at 1-888-777-AUTO, or by visiting our website at www.autoinjury.com.

Car Accidents in Springfield, Missouri and Elsewhere Cost the U.S. More than $41 Billion in a Year