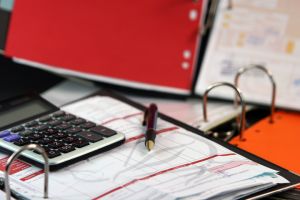 Workers' compensation fraud in employers is a prevalent problem throughout the United States. Recently, the North Carolina Workers' Compensation Journal released its list of the Top 10 Fraud Cases in 2012. Here are a few of the employers who made the list:

• A Florida man and seven other individuals were arrested for funneling more than $70 million in undeclared payroll through 10 different shell companies. By doing so, the ringleader was able to operate a sizeable construction company without paying for workers' compensation insurance.

• In Ohio, more than 41,000 private employers failed to report payroll and pay their workers' compensation premiums, which is a violation of state law. This practice resulted in approximately $5.6 million in unpaid premiums.

• The owners of a Massachusetts roofing company pleaded guilty to several labor violations, including misclassifying over half of their employees as subcontractors; and failing to disclose over $3 million in misclassified subcontractor payroll.

The most direct consequence of workers' comp fraud in employers is its impact on employees, most of whom have no idea that their employers are doing anything illegal. If a worker is hurt on the job when an employer has failed to maintain workers' comp coverage, the worker will be unable to collect the benefits to which he or she is entitled. Often, this means the innocent employee is left to face the many costs associated with serious, debilitating injuries. Additionally, employer fraud can harm honest business owners. When an employer deliberately misclassifies employees to obtain low insurance premiums, the business has an unfair economic advantage over employers who pay what they owe.

• In the state of Missouri, misrepresenting an employee's job classification to obtain insurance at a lower rate is a class A misdemeanor. A second violation is a class D felony.

• Making a false or fraudulent statement regarding an employee's right to benefits (in order to discourage the employee from pursuing a claim) is a class A misdemeanor that can result in fines up to $10,000. A second violation is a class C felony.

• Making a false or fraudulent material statement or material representation in an attempt to deny benefits to an injured worker is a class A misdemeanor that can result in fines up to $10,000. A second violation is a class C felony.

• Employers who knowingly fail to carry required workers' comp liability insurance are guilty of a class A misdemeanor. They can be fined up to three times the amount of the annual premium they should have been paying under the law, or $50,000, whichever is greater. A second violation is a class D felony.