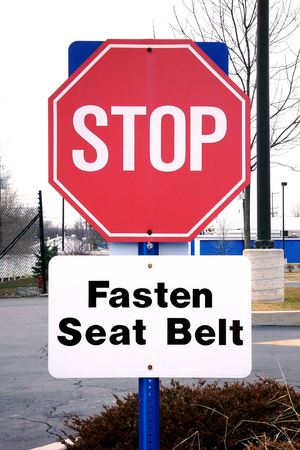 The last holiday weekend of the summer is almost upon us, and law enforcement agencies throughout Missouri are urging drivers to make safety a priority. Last year, 13 people died and 443 people were injured in Missouri car accidents over Labor Day weekend. In addition, two people were killed and 10 more were injured in boating accidents on Missouri waterways. Troopers with the Missouri Highway Patrol arrested 175 people for driving while intoxicated.

So, what can you do to stay safe? First and foremost, wear your seat belt (and, if you're planning on hitting the water, don't forget your life jacket). These simple safety measures can easily mean the difference between life and death: in 2011, failing to wear a seat belt was a contributing factor in at least seven of Missouri's traffic fatalities.

Although the effectiveness of safety belts in saving lives has been conclusively proven in repeated studies, many people still opt not to buckle up. The Highway Patrol's Lt. Tim Hull noted that in at least two of Missouri's fatal Labor Day crashes last year, the passengers wearing seat belts survived. Likewise, of the two people killed on Missouri waterways last year, neither was wearing a life jacket. And here again, the Water Patrol's Sgt. Jerry Callahan observed that one woman survived falling overboard and being hit by the boat's propeller mainly because she was wearing a safety vest.

Of course, sometimes there's no way of avoiding serious injury in an auto or boating accident. However, it is tragic that lives are lost for something as minor (and easily remedied) as failing to wear proper protective equipment. Such fatalities are completely preventable: the National Highway Traffic Safety Administration (NHTSA) reports the use of seat belts in passenger vehicles saved an estimated 12,713 lives in 2009 alone. The Administration believes seat belts have saved over 72,000 lives during the 5-year period from 2005 through 2009.