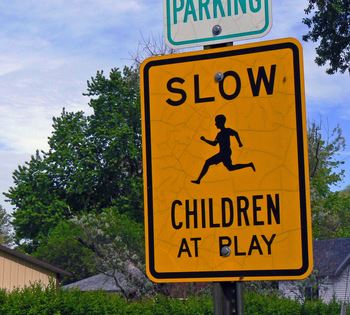 Our Springfield, Missouri car accident lawyers were saddened to hear about the death of a young girl in Stone County who ran in front of an oncoming vehicle. It happened on Saturday night, north of Cape Fair. Family members of 5 year-old Sahara Blevins say that the little girl ran down their driveway, which declines steeply into State Highway 173: they speculate that Sahara may have been going too fast to stop herself before darting into the roadway. Sahara, who was deaf, would not have heard a vehicle approaching, nor could she have seen it, because of a blind spot on that section of the highway. She was struck by Jeep Cherokee pulling a utility trailer.

Sahara was airlifted to Mercy Hospital in Springfield, but she ultimately died as a result of her injuries. The driver and his passenger were not injured. As is required by Missouri law, law enforcement officials tested the driver for alcohol, but they do not believe alcohol was a factor in the accident. "Right over the top at a hill is a blind spot, a bad spot, and the driver...had nothing he could do," according to Lieutenant Bob Ramsell of the Southern Stone County Fire Protection District. "He did everything he could to avoid her."

Warm, comfortable temperatures have come early to the Ozarks this year: motorists can expect to see children outside shooting baskets, or riding bikes, or simply playing with their friends. We urge drivers to exercise extreme caution by driving defensively and keeping a constant lookout. It only takes a moment for a child to run into the street, chasing a stray ball; or to fall into your path after crashing his or her bike. Slow down, especially in residential areas. And always be prepared to stop. 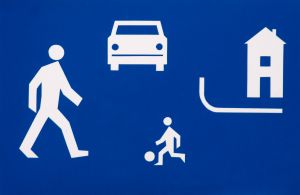 • In 2009, an estimated 13,000 children ages 15 and under were injured as pedestrians in vehicle collisions, while 1/5 (19%) of all children between the ages of 5 and 9 who were killed in car accidents were pedestrians.

• A staggering number of child pedestrians are injured in their own driveways. Of non-fatal back-over injuries in children as pedestrians, 50% occur at home, and 4 out of 5 injured were ages 4 or under.