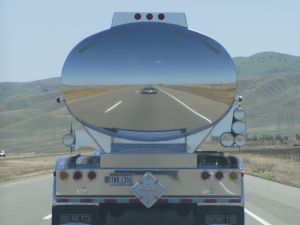 In this accident, a 2001 Hyundai SUV driven by Joseph W. Chatfield, 24, of LaBelle, crossed into the path of a 2010 International Tractor Trailer carrying a full load of high-octane gasoline. The resulting collision led to 8,000 gallons of fuel spilled all over the roadway, and a 12-hour road closure.

Chatfield, who was wearing a seat belt, sustained moderate injuries and was transported to Northeast Regional Medical Center by Adair County Ambulance. The tractor trailer overturned, coming to rest on its side on the south side of Highway 6. Fortunately, the road was closed before the fuel spill caused any other accidents, and a haz-mat team was called to the scene to clean up the roadway. The tractor trailer driver was not injured.