One of the most frightening and deadly types of car accidents is the head-on collision. Unlike being rear-ended or t-boned, which you might not see coming, people involved in a head on collision frequently see the accident heading straight at them but cannot react fast enough to prevent the crash from happening. Columbia Missouri car accident lawyers know that the direct force of two moving vehicles hitting each head on results in more fatalities than any other type of car accident. 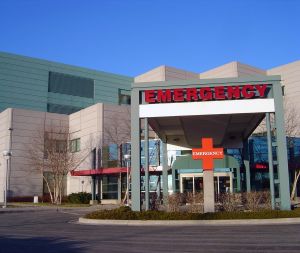 Crossing the center line into oncoming traffic is one of the main causes of head on collisions. Such was the case on Saturday, Sept 17 when a head on collision in Osage County, Missouri, resulted in one dead and seven injured. Loretta J. Thompson, 42, of Fulton Missouri, was killed when her vehicle crossed the center line on Highway 63 south of Westphalia, right near the Route T intersection. At that point, Thompson, who had been heading north, struck a southbound vehicle with five occupants.

MSHP's Troop F recorded this as their 43rd traffic accident fatality this year.

After impact, Thompson's vehicle careened back across the center line and completely off the road into a ditch, ejecting one of her two passengers. The other vehicle came to a dead halt from the impact of the collision.

An Osage County coroner declared Thompson dead at the scene, while another seven people were taken to two different Columbia area hospitals with injuries ranging from moderate to serious.

Mariah N. Buchholz, 9, of Mokane and Billy J. Buchholz, 57, of Steedman were taken to Columbia's University Hospital with serious injuries. Kraig J. Walker, 32, of Eugene was the driver of the second car, a 2004 Pontiac. He and his passengers Matthew S. Evans, 19, of Holts Summit, Frederick R. Moore, 23, Fierce R. Taylor, 21, and Christopher A. Welch, 28, all of Jefferson City, were taken by ambulance to Capital Region Medical Center with moderate injuries.

According to the crash report, seat belt use was reported as "unknown" for three of the people involved in this accident, and "no" for the other five, meaning they were definitely not belted in at the time of the accident. Ms. Thompson was one of those who were not wearing a seat belt. No one escaped unscathed from this accident.
What Should You Do if You are Injured in a Head-On Collision?

Even in a case where the fault of the accident is obvious, insurance companies will try to minimize the amount of money they have to pay out. If you have been injured, you may not know for a while how long it will take you to recover, how much time you will lose from your job, if you can fully recover, or how much your medical bills will be.

Columbia car accident attorneys advise never accepting a "quick settlement" offer from an insurance company after a serious accident. First, take the time to find out how serious your injuries really are, and what your claim is worth. By accepting an insurance companies offer and signing paperwork, you may be signing away your right to seek further compensation if your injuries turn out to be more severe or longer lasting than you initially supposed.