A boating accident that killed two people and injured three others will go to trial in the spring of 2012. A Poplar Bluff woman has been charged with a felony of first-degree endangering the welfare of a child, three felonies of second-degree assault with a vessel, and two felonies of involuntary manslaughter with a vessel, according to the Southeast Missourian. The accident took place back in July near Worley's Rock. 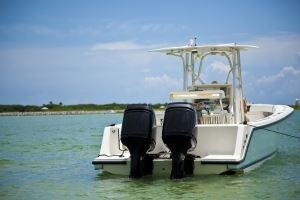 Boating accidents in Southeast Missouri can be avoided if all boaters practice responsible boating habits. This recent accident occurred when two boats heading in opposite directions took a curve in the river. The boaters attempted to swerve to avoid a collision, but failed to do so. Boaters from each vessel were ejected upon collision, and one died from abdominal and chest trauma while the other drowned.

Our Poplar Bluff boating accident attorneys understand that Missouri State Water Patrol reported that there had been a strong odor of alcohol on the woman's breath. Officers also noted that she had dilated pupils and glassy eyes. Officers administered a number of field-sobriety tests to the woman, and a breath test revealed that she was in an "intoxicated condition."

Boaters are asked to follow laws similar to roadway laws. Boaters are prohibited from driving while drunk, exceeding speed limits and driving in restricted areas.

After the field-sobriety test, officers took the woman to the Doniphan Police Department where she took another breath test that produced a reading of .123 percent.

-There were more than 4,600 boating accidents reported. Nearly 700 people died and more than 3,150 people were injured in these accidents.

-There was a death rate of 5.4 deaths per 100,000 registered recreational vessels. This is nearly a 7 percent decrease from the death rate in 2009.

-About 75 percent of boaters who died throughout the year drowned. About 88 percent of these victims were reported to not be wearing a life jacket.

-Eighty percent of boaters who drowned were using vessels less than 21 feet in length.

-Alcohol consumption is the number one cause of fatal boating accidents. This cause was listed as a contributor in nearly 20 percent of all boating deaths.

-More than 20 children under the age of 13 were killed in boating accidents, and more than 40 percent of them drowned. Nearly 45 percent of those who drowned were wearing a life jacket.

-There were nearly 12,500,000 registered recreational vessels.

If you or someone you love has been involved in a Southeast Missouri boating accident, call the Jackson Injury Lawyers at Aaron Sachs & Associates for a free initial consultation to discuss your rights. Call (573) 334-7959.