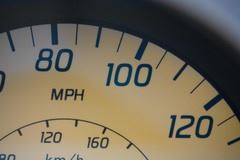 If you were driving through Greene County Missouri on Interstate 44 at the end of summer, you probably noticed more Greene County Sheriff officers than usual. That is because the "HEAT was On". The weekend of September 17 and 18, 2011 was the last weekend for the Summer of 2011 HEAT Is On Campaign and the Greene County Sheriff's office used grant money to beef up traffic enforcement along I44. In fact officers from the Oklahoma state line to the Illinois border were all part of the statewide effort to crack down on distracted and impaired drivers on I-44.

The Heat is On is a national campaign designed to reduce the number of traffic injuries and traffic fatalities by reducing the number of car accidents through awareness and enforcement efforts. HEAT stands for High Enforcement Action Teams. And the campaign uses federal grant monies from the Division of Highway Traffic Safety to pay extra officers to perform targeted enforcements while still keeping the normal patrol levels throughout the rest of the county.

HEAT in Greene County and Throughout Missouri
The HEAT officers target drivers who are speeding and driving aggressively. They also look for impaired drivers and the lack of seat belt use. But the ultimate goal is to stop anybody who is not driving safely. Programs like this one have contributed to a large reduction in car accident related injuries and deaths.

In Missouri the largest number of fatal and serious car accidents over the past five years has occurred between July and September. In 2005 more than 1,200 people died in car accidents in Missouri. With strong efforts and powerful campaigns such as the HEAT Is On, this number dropped to 821 in 2010. And nobody wants to stop there.