A 46-year-old woman who held a Halloween party for minors on Halloween two years ago is being charged with the death of a 16-year-old driver. One of the guests, age 19, left the party, attempted to drive home and caused a fatal Kansas City drunk driving car accident that killed a 16-year-old driver. The intoxicated teen's vehicle drifted over the center line and hit the younger teen's vehicle head-on, killing him. The 19-year-old has been found guilty of involuntary manslaughter and assault and was sentenced to five years of probation after serving six years in prison. Now officials are going after the woman who hosted the party, according to FOX 4. 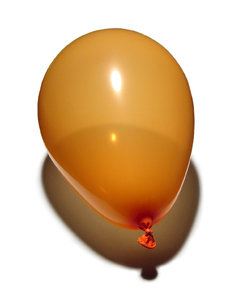 According to court documents, the host of the 2009 Halloween party admitted to serving alcohol to the 19-year-old and knowingly allowed him to drive home drunk. The 46-year-old host is facing charges of involuntary manslaughter, and could potentially face four years of prison time if found guilty.

Our Missouri drunk driving accident attorneys understand that businesses and party hosts have a responsibility in the state of Missouri to be held partially responsible for ensuring that a person is not over-served and then allowed to drive. When a company or an individual knowingly allows another person to drink and get behind the wheel of a motor vehicle, the whole community is at risk. Drunk drivers are one of the top causes for fatal car accidents on Missouri roadways each year. It is critical for you to contact an experienced attorney if you believe you've got a dram shop case. A lawyer can help you analyze every aspect of the event to help ensure you receive the maximum compensation for your damages and injuries.

"We're all responsible for what happens in our own homes, providing alcohol to minors, setting off a chain of events that very well could cost us the death of an innocent person," said Jean Roberts Baker, Jackson County prosecutor, according to the FOX 4 report.

The 46-year-old could potentially face four years in prison if found guilty in the case.

Bars, taverns and restaurants that serve alcohol are required to keep an eye on customers to ensure that they're not over-serving them to the point of obvious and visible intoxication under the Dram Shop Act. There are a number of programs, including TIPs ServeSafe, that aim to teach servers and bartenders how to recognize when to stop serving a customer. The programs also inform these individuals of how to properly deal with such intoxicated persons, including how to politely reject their request for more alcohol and how to ensure their safety.

It is important that you seek a lawyer experienced in handling dram shop cases if you feel you've been over-served in an establishment or by a party host and you have sustained an injury resulting from the intoxication.

According to the National Highway Traffic Safety Administration, More than 30 percent of drivers aged 15- to 20-years-old who were killed in motor-vehicle accidents in the United States were driving while under the influence of alcohol. Every state, and the District of Columbia, has a minimum drinking age of 21-years-old. Approximately 28 percent of these young drivers reported a blood alcohol concentration of 0.08 of higher, which classifies them as legally drunk.

Since it is illegal to serve alcohol to a person under the age of 21 in the United States, it's fair to say that a good deal of drivers involved in these accidents were knowingly served alcohol and were knowingly served too much. If you believe that you or someone you love has been over-served and involved in an accident, you are urged to contact an experienced attorney as finding the at-fault party can be a lengthy and confusing process.

If you or a loved one has been knowingly over-served and involved in a Missouri accident, call the Kansas City Injury Lawyers at Aaron Sachs & Associates for a free initial consultation to discuss your rights. Call 1-888-777-AUTO (2886).