Walking is a great activity for so many reasons. In Wright County Missouri people walk for personal and environmental health. From saving money and fossil fuels to enjoying being outside and getting more exercise, more and more people are walking. However walking can also have some dangerous components, such as pedestrian car accidents. Wright County Missouri pedestrian accident lawyers want to improve safety for pedestrians and offer the following facts and tips. 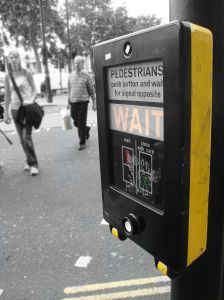 The Missouri State Highway Patrol (MSHP) is investigating a pedestrian traffic accident in Mansfield. An 89 year old man was left with serious injuries after a pick-up truck hit him while he was walking north on the edge of the southbound lane on Old Missouri 5. He was walking less than half a mile south of Mansfield when he was struck. The accident happened around 9:45 a.m. on the morning of September 20, 2011. The driver of the 1997 Dodge pickup left the scene.

Missouri Pedestrian Accident Facts
In 2009 there were 4,092 pedestrians killed and an estimated 59,000 injured in the United States. In Missouri there were 68 pedestrian fatalities that same year. This equates to a pedestrian being killed every two hours and one injured every nine minutes in pedestrian accidents nationwide.

And it is important to note that for the purposes of statistics a pedestrian is anybody on foot, including anybody sitting or lying down. And the accident statistics for pedestrian involvement does not include any accidents on private property, such as parking lots or driveways. So the numbers of pedestrians hit by vehicles is actually higher.