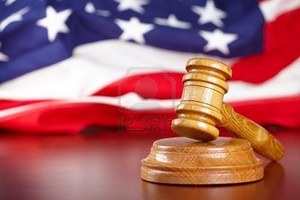 Appeals are a subject that many people in Kansas City and around the country do not fully grasp. Let's discuss the recent reversal on appeal of a $43 million settlement in a. product liability lawsuit. This case was appealed all the way to the state Supreme Court, which threw out an Illinois jury's award to the victims of a 2003 crash that killed a Missouri man and disfigured his wife.

The lawsuit claimed that the design of the Ford Motor Co. vehicle involved in the crash was faulty. Ford countered that its 1993 Town Car exceeded all federal crash safety standards and in fact had received a five-star safety rating.

At the trial, the jury sided with the victims. They agreed that Ford's design for the Town Car must have been faulty, as it burst into flames after being rear ended. The auto manufacturer was ordered to pay more than $5 million to the deceased's estate, $23.1 million to his wife, and $15 million in punitive damages.

What Are Appeals and Who Benefits From Them?

Although the vast majority of personal injury lawsuits in Kansas City MO are settled out of court, jury trials can and do happen. If your case goes to trial and you are awarded a settlement, you might breathe a sigh of relief. After all, it has been a long road to that settlement, sometimes well over a year, and you may desperately need that money. However, regardless of how the jury rules, that may not be the end of the road.