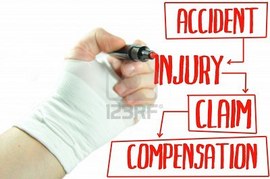 In fact, the Chamber has identified workers' compensation reform as one of the issues in its "Fix the Six" campaign, which plans to address the six areas that most directly affect the creation and protection of Missouri jobs. Specifically, the Chamber will focus on two workers' compensation cases where they feel a dangerous precedent has been set. Also, importantly, they will work to resolve some of the issues with Missouri's problematic Second Injury Fund. The problem is, Mehan says, that unintended consequences have arisen as a result of several 2005 reform measures; as a result, Missouri courts are making interpretations that exclude protections which have always been covered by the domain of worker's compensation.

In the first case, Robinson v. Hooker, the ruling dictated that Missouri employees who are injured on the job may sue their co-workers in civil court for negligence, an action which has thus far been upheld by Missouri courts. The Chamber's concern is twofold: first, that businesses will struggle to recruit and retain qualified employees, particularly those in supervisory positions, without offering them some kind of protection against civil litigation; and second, that the workplace environment and rapport between employees will be damaged by the potential for these lawsuits.

The second case, Franklin v. CertainTeed Corp., impacts employees who contract occupational diseases. Previously, this area of litigation was solely within the domain of workers' compensation, but in this case the court ruled that employees can alternatively seek compensation from employers in civil courts. The Chamber argues that, here again, the precedent sent is damaging to Missouri workers, who will frequently be forced to pursue their cases in a more expensive, time-consuming way.