Missouri is currently one of 21 states that require motorcyclists to wear a helmet while traveling state roadways to help reduce the risk of fatal injuries in motorcycle accidents in Columbia and elsewhere. 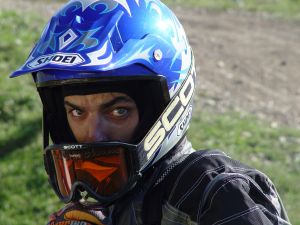 The National Traffic Safety Board is looking to make a universal helmet law that all states would have to enforce. Motorcycle helmets were added to its "most wanted list" last year to increase motorcycle safety. The call for this increased safety measure comes after the number of motorcycle crashes doubled between 1997 and 2008.

Our Columbia car accident attorneys understand that motorcycle riders are typically more vulnerable in a traffic accident that those in a passenger vehicle. Road rash, broken bones and head injuries are some of the most common injuries. In a recent study conducted in the Los Angeles area that studied 900 motorcycle accidents, the results found that the most deadly injuries were to the chest and head.

With the spring and summer months upon us, more and more motorcyclists will be hitting our roadways and for this reason, the National Safety Council designates May as National Motorcycle Safety Awareness Month. Throughout the entire month the council encourages all motorists to share the road safely with motorcyclists and also to be extra cautious and alert when they're nearby.

While there are states that do not require motorcyclists to wear a helmet, we encourage all Missouri residents to wear their helmets when crossing over state lines and heading into unknown territory.

There are a number of ways a motorcyclist can preserve their safety when hitting the roads this month:

-Try a leather motorcycle jacket as one can help you to avoid serious burn or road rash in the event of an accident.

-Non-slip gloves can help you to maintain control of your bike.

-Leather pants and sturdy ankle-high boots can provide extra security for your lower half in the event of an accident.

Motor-vehicle and motorcycle accident fatalities have seen an increase of more than 130 percent between 1998 and 2008. In 2007, the mileage death rate for motorcyclists was nearly 40 times greater than those for passenger car occupants.

"Throughout spring and summer the number of motorcyclists on the road will increase. It is important for both motorists and motorcyclists to be aware of one another," said David Teater, NSC senior director of Transportation Initiatives. "To better defend themselves, motorcyclists should follow the rules of the roadway and wear protective gear, including a Department of Transportation compliant helmet."

If you or someone you love has been injured in a motorcycle accident in Ashland, Camdenton, Linn, Marshall or any of the surrounding areas, call 573-449-5500 today for a confidential consultation to discuss your rights.