An involuntary manslaughter charge from a drunk driving accident that happened four years ago could land a Springfield man behind bars for as many as 15 years, according to The News-Leader. The jury recently handed him a guilty verdict, he only awaits the scheduled sentencing now. 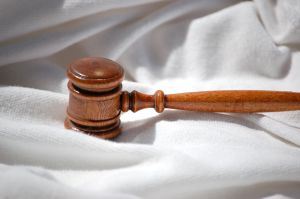 The 23-year-old driver was convicted by a jury late last month, according to the Greene County Prosecutor's Office. The jury reported to have deliberated the case for approximately three hours before concluding that the young driver was guilty of the Springfield car accident.

Our Springfield Missouri car accident attorneys understand that drunk driving oftentimes result in serious consequences -- including death. Not only is the act of driving while intoxicated illegal, it's also extremely dangerous. Drunk driving places the lives of all motorists in peril. Residents are asked to practice logical decision making before a night on the town to help prevent getting behind the wheel after consuming alcohol.

The young driver had been placed on probation for leaving the scene of that accident and had also had a subsequent conviction for driving under the influence.

The accident happened back in November of 2007. The driver measured a blood alcohol content of 0.146 at the time of the accident near the intersection of Weller Avenue and Dale Street.

The driver that was hit by the drunk driver reported suffered a "cardiac event" before rolling into the intersection. The intoxicated driver, who was speeding at the time of the accident, collided with the other vehicle.

The other motorist died as a result of his injuries from the intersection accident.

The young, intoxicated driver faces a minimum of five years in the Missouri Department of Corrections. His maximum penalty is 15 years behind bars. The man remains in Greene County jail until his sentencing that is scheduled for August.

According to the National Highway Traffic Safety Administration, there were nearly 11,000 people killed in car accidents that involved a driver impaired by alcohol in 2009. These accidents made up more than 30 percent of all traffic accidents in the United State during that year.

In these fatal accidents, drivers ages 21 to 24 represented the age group with the highest percentage of drivers with a blood alcohol concentration (BAC) of .08 or higher. Nearly 2,000 drivers from this age group were involved in motor-vehicle accidents while driving legally drunk during 2009.