The Centers for Disease Control and Prevention (CDC) released a report that estimated motor vehicle accident-related death costs in the United States. The accidents resulted in roughly $41 billion dollars in medical and work loss costs in 2005. The data from that year is the most current available data for the study. The CDC also found that nearly half of the $41 billion was a result of the accidents in 10 states. 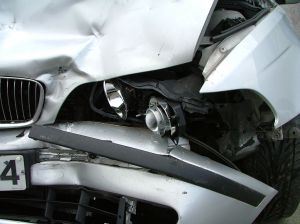 Our Marshfield car accident attorneys know that following too closely and failure to yield are just a few of the common causes of car crashes in Springfield and the surrounding area. would like to continue to urge all drivers to practice safe driving habits as a car accident can cause a ripple effect in consequences. A traffic accident can cause a vehicle occupant to suffer from serious injury, death, lost time at work, expensive medical bills, drawn-out insurance claims or life altering damages. If you've experienced a car accident in Missouri, you are urged to contact an experienced attorney to help you protect and fight for your rights.

According to the CDC, Missouri racked up more than $1 billion in medical and work loss costs.

The CDC releases this new fact sheet to highlight the costs of these accident deaths to coincide with the United Nations Decade of Action for Road Safety campaign. The United Nation's kicked off the campaign to raise awareness of the widespread effects of car accidents in an attempt to enhanced focus on reducing and stabilizing the number of car accidents across the world by 2020.

Through these statistics, the CDC found that children and teens under the age of 19 contributed roughly $856 million to the total, making them the main contributor to the total number of costs related to car-accident deaths.

According to the National Highway Traffic Safety Administration, nearly 200 teens were killed in motor vehicle-related accidents in 2009 in Missouri alone.

"It's tragic to hear that anyone dies on our nation's roads. But it's especially so when the person who loses his or her life is a child or teenager," said Linda Degutis, Dr. P.H., M.S.N., director, National Center for Injury Prevention and Control. "Child passenger safety laws and comprehensive graduated driver licensing laws are proven to protect young lives. We encourage states to strengthen and enforce these laws to help keep more of our young people safe."

The complete list compiled by the CDC for the 10 states with the highest medical and work loss costs is as follows: