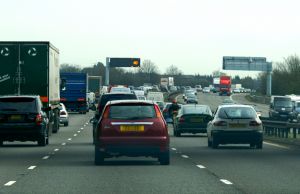 Sikeston and surrounding southeast Missouri lawyers are following efforts by the Federal Motor Carrier Safety Administration (FMCSA) to update transportation programs. The FMCSA is working with congress to attach language to the next highway bill that would allow the FMCSA the ability to make public driver-safety data. This could have large impacts on truck accidents and how truck accident claims are settled.

Have you ever paid attention to how many big trucks you see on any given day? We are so used to seeing them everywhere that we almost don't notice them. But the trucking industry is very large and the numbers of large trucks on the road and truck driver safety contribute greatly to the number of truck accidents on Missouri's and the nation's roads.

FMSCA Truck Accident Facts as of 2009:

Trucking Industry Facts
- The trucking industry employs almost 9 million people in the United States, 3.2 million are truck drivers. These numbers are for the private sector alone. There are other big trucks on the road operating for government and agricultural purposes.

- There are 26.8 million trucks registered and operating in the U.S. for business purposes other than farm and government use and 2.4 million of these are class 8. Class 8 is the largest classification and means a gross vehicle weight of more than 33,000 lbs. and this includes most semi-tractor trailers as well as single unit trucks.

- Of the estimated 3.5 million truck drivers, 1 in 9 is independent. This means they own and operate their own trucking service. Private trucking carrier companies total over 600,000. Many manufactures hire independent truck drivers to haul their freight.

- The trucking industry is responsible for the transport of the majority of the goods (freight) in the U.S.; nearly 70% of all freight is shipped on the road as opposed to by rail or air. This accounts for $671 billion worth of manufactured and retail goods. From American Trucking Trends, 8.8 billion tons of freight were transported by trucks in 2009.

- The transportation industry logs millions of miles per year. On average a daily run for a long-haul trucker is nearly 500 miles. On average they log 100,000 to 110,000 miles per year.408.3 billion miles were logged for business purposes in 2008.

What does this mean for Southeast Missouri Drivers?
FMCSA would release driver safety data that would allow for rankings that compare drivers to their peers. This ranking would fall under the Behavioral Analysis and Safety Improvement Categories (BASICs) of the Driver Safety Measurement System (DSMS) The DSMS currently allows an assessment of the safety fitness of drivers and helps to further identify unsafe drivers but it is used as an internal only tool. The FMCSA only uses DSMS to assess drivers during carrier investigations.

However this process could still take two years to finalize and a lot of money to implement. In the meantime keep in mind the number of trucks on the road and how far they drive. Millions of miles driven mean a greater probability a truck accident will occur.

Drive defensively to avoid a traffic accident. And if you are involved in a truck accident a Sikeston or southeast Missouri Accident Lawyer can talk to you during a free consultation. Find out your options.