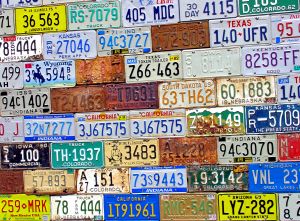 As Joplin, Missouri car accident lawyers, we receive many inquiries from people who have been in an accident with either an uninsured or an unlicensed driver. This issue is much more widespread than you might imagine. For most of us, as law abiding citizens, it would not occur to us to drop our auto insurance, or to get behind the wheel with no driver's license.

However, about 1 in 10 motorists do drive illegally nationwide, according to traffic researcher Robert Scopatz of Data Nexus Inc. This translates into hundreds of Joplin drivers and thousands of Missouri drivers who are on the road illegally.

This statistic includes some people who never had driver's licenses to begin with, and others who lost their licenses but kept driving anyway. In this economic climate, licenses are lost for financial reasons even more often than for negligent behavior behind the wheel.

Not paying parking tickets, neglecting child support payments or missing a court hearing can trigger a license suspension. Fines can pile up, leaving many without the financial means to restore their legal driving privileges. Many people feel they have no choice, and are therefore justified in driving without legal licenses.