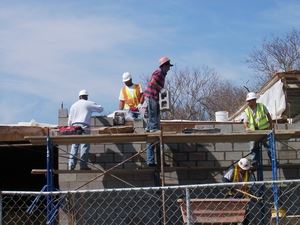 In Skinner v. Morgan, 306 S.W.3d 419 (Mo. App. S.D. 2010), Michael Skinner fell approximately 12 feet to the ground in the course and scope of employment when scaffold he was working on collapsed causing him to strike his head on a concrete slab and suffer serious head and lung injuries. Mr. Skinner was employed by a general contractor who failed to carry workers' compensation insurance. Mr. Skinner filed a Claim for Compensation against the Second Injury Fund alleging his employer was uninsured and seeking payment of his medical expenses by the Fund.

Legal Analysis of a Recent Missouri Worker's Compensation Claim
In Missouri, when an employer fails to provide workers' compensation insurance, the Second Injury Fund can be required to make payments for the injured worker's medical treatment. Mr. Skinner sought $254,708.20 in past medical benefits from the Fund at trial before an Administrative Law Judge. Mr. Skinner's attorney submitted itemized bills for the total amount of his treatment without objection from the Fund. The Administrative Law Judge found Mr. Skinner's employer to be uninsured, and ordered the Fund to pay Mr. Skinner directly for the $254,708.20 in past medical expenses. The Fund appealed the decision to the Missouri Labor and Industrial Relations Commission, whose 3 members unanimously affirmed the Administrative Law Judge's decision. The Fund then appealed the Commission's decision to the Southern District Court of Appeals in Springfield.

On appeal to the Southern District, the Fund argued that the Commission erred in ordering the past medical paid directly to Mr. Skinner rather than to his medical providers. The Fund based its argument on RSMo § 287.220.5, which requires that money withdrawn from the Fund be used to cover the "fair, reasonable, and necessary expenses to cure and relieve the effects of the injury or disability of an injured employee" where an employer is uninsured. Essentially the Fund argued that there was no guarantee the worker would use the funds to pay the medical bills and not for other purposes, particularly if the medical providers were willing to accept a lower payment amount than the original bill. Thus, according to the Fund, the only way to ensure that this alleged unauthorized use of its funds could not occur is to require the Commission to order payment to the medical providers directly rather than to the injured worker.

Missouri Southern District Court's Decision
The court noted that the Fund did not actually allege that the award by the Administrative Law Judge did not constitute "fair, reasonable, and necessary" medical expenses, but rather that the Fund was conjuring a speculative scenario on which no evidence was admitted. According to the court, the identical issue had previously been decided in Wilmeth v. TMI, Inc., 26 S.W.3d 476 (Mo. App. 2000), and the Fund offered no compelling reason to distinguish Wilmeth, was not asking the court to overturn it, but rather simply was asking the court to ignore it. The court declined to do so, thus holding that the Commission properly awarded the cost of the Mr. Skinner's medical expenses payable directly to Mr. Skinner rather than requiring payment to the medical providers.