Missouri Workers' Compensation lawyers have been watching the situation in our neighboring state of Illinois, where the whole workers' compensation system has been overhauled. Scandals in the state workers' comp system have been appearing in the news with regularity, particularly concerning the workers at the Menard Correctional Center. The following case indicates nothing about the workers' comp system but about the difficulties of dealing with government bureaucracies. 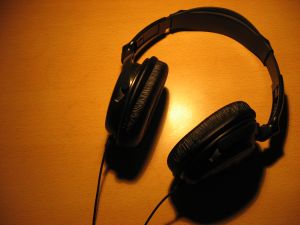 Menard Correctional Center finance clerk Angela Grott testified at a workers' comp hearing on Dec. 14th. She claimed that severe chronic pain in her neck and shoulder was caused by the lack of a headset for the telephone at her desk. Without an available headset, she was forced (by her job) to hold a phone receiver between her neck and shoulder for hours each day while typing at the same time. If you have ever had a long conversation holding a phone like that, you can imagine the difficulty doing this for months or years might cause.

She had also repeatedly complained to supervisors that the computer keyboard was set too high for her to work comfortably, and her chair was hard to move, according to state workers' compensation records.

Grott's workers' comp claim so far has resulted in a staggering $128,424 medical bill that must be paid by public money.