An elderly female pedestrian was recent struck and killed in a Kansas City car-pedestrian accident, according to the The Kansas City Star. The 77-year-old was hit and killed as she attempted to cross the road near 79th Street and Jarboe Street. A vehicle that was heading eastbound hit the woman as she stood in the middle of the road. After the elderly woman was hit once, another vehicle that was heading westbound hit her for a second time. The woman was taken to the hospital where she was later pronounced dead.

Drivers report that they could not see the elderly pedestrian because of the sun. 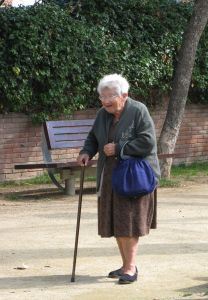 Our Kansas City pedestrian accident attorneys understand the dangers that pedestrians face on our roadways. The dangers are much more threatening to our elderly residents. These dangers are apparent through Transportation For America's Dangerous By Design report. This study illustrated the dangers that pedestrians across the country are facing. After analyzing pedestrian accident data from 2000 to 2009, researchers concluded that people over the age of 64 make up nearly 15 percent of the nation's population but account for more than 20 percent of all pedestrian fatalities.

"Streets are no longer primarily for moving traffic as quickly as possible. That's a very 1950s notion of middle America," said Noah Budnick, the deputy director of Transportation Alternatives.

Many advocates for elderly pedestrians note that current street designs were not meant to accommodate the 78 million baby boomers that will begin turning 65 this year. More and more of these elderly residents are expected to head outside as residents are living longer and more of them using walking as a beneficial form of exercise.

"We're going to see lots more people living to 85 and beyond," said David Goldberg of Transportation for America.

From 2000 to 2009, there were more than 800 pedestrians killed while walking outside in Missouri. These fatalities totaled nearly $4 billion. Missouri has been ranked 17th out of all 50 states for our overall Pedestrian Danger Index (PDI), which is 68.7

There are a few ways that we can all help to keep our elderly pedestrians safe in the state of Missouri. It only takes a little bit of caution and a little bit of patience.

-Ask for help if you need it. Residents understand that elderly pedestrians may require a little help from time to time. Don't be afraid to ask. Many younger residents would be happy to help.

-Make sure you have enough time before starting to cross. If you didn't see when the WALK sign lit up, don't attempt to cross. Just hang back and wait for the next cycle.

-Have your eyes and ears checked regularly. Deteriorating senses can contribute significantly to your risks of being involved in a pedestrian accident.

-Never assume that a motorist will stop for you. It is quite possible that a driver will overlook you.

If you or a loved one has been involved in a pedestrian accident, call our Missouri personal injury lawyers to help you pursue legal action if there is indeed a case. Call 1-888-777-AUTO (2886).