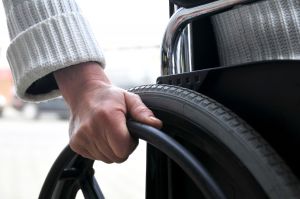 Missourians who are injured as a result of another party's negligence are entitled to compensation for their losses, provided they can prove that negligence. However, the nature of the injury (and the circumstances that caused it) will impact what damages can be recovered, and in what amount, and from whom. In this post, we discuss important legal concepts that are often connected to Joplin personal injury lawsuits.

Comparative negligence law.
In Missouri, if your own carelessness contributed to your injury, your damages are reduced according to your percentage of fault. For example, if you're injured in a car accident that was 50% your fault, you can only collect half of the damages awarded to you.

Joint and several liability rules
If multiple parties caused your injury, each one is responsible for a portion of your losses. Here again, the size of each portion corresponds to each party's percentage of fault. However, according to Missouri's joint and several liability rules, if 1 party bears 51% or more of the fault, then that party can be made to pay all of your damages. Under these circumstances, the at-fault party also has the right to sue anyone else who shares in the fault for contribution.

Strict liability law
Typically, this provision applies to product liability cases, but here in Missouri, it also applies to injuries sustained from dog bites. In short, when strict liability (or "absolute" liability) is applied, it refers to "legal responsibility for damages, or injury, even if the person found strictly liable was not at fault or negligent."

In terms of product liability, strict liability requires that a product's manufacturer take responsibility for injuries and damages caused by a defective product, even though the manufacturer is not normally present or involved when those losses are sustained. Similarly, in Missouri, dog owners are automatically liable for damages caused by their pets (when dogs are on public property, or when injured victims are "lawfully on private property." In instances like these, strict liability law denotes "automatic responsibility (without having to prove negligence)."

Loss of consortium
This term applies when an injury or death disrupts the support, affection and companionship of a marriage. When your spouse is injured or killed as the result of negligence, you may be entitled to compensation.

Non-economic damages
This term refers to "intangible harms such as severe pain, physical and emotional distress and disfigurement, [and] loss of the enjoyment of life an injury has caused, including sterility, loss of sexual organs, [and] physical impairment." Essentially, non-economic damages cover what is commonly referred to as pain and suffering.