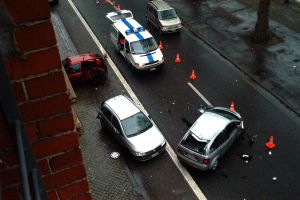 During the Missouri legislature's veto session on September 11, 2013, state lawmakers overrode 10 of Governor Nixon's vetoes, including Nixon's veto of House Bill 339. This new law places restrictions on personal injury lawsuits filed by uninsured motorists who are injured in Missouri auto accidents. Under HB339, drivers who are injured in accidents and who have not been insured by at least six months prior to the accident are not permitted to seek non-economic damages from insured drivers, even when the insured driver caused the crash.

Originally, the bill's supporters said it would prevent uninsured motorists from "driving up costs for the system," but in his veto letter, Governor Nixon expressed serious concerns about potential issues and ambiguities in the way the law is written: "House Bill Number 339 cannot receive my approval because it is riddled with ambiguity that will generate excessive litigation over how and to whom its provisions would apply. Significantly, House Bill Number 339 does not adequately define the term 'uninsured motorist,' which is the very crux of the bill...Given the magnitude of barring an individual's access to the courts, it is unacceptable to leave this key term open to interpretation."

However, state lawmakers ultimately disagreed with Governor Nixon. The override was approved on a 109-51 vote in the House, which is the bare minimum required for the two-thirds majority necessary to override a gubernatorial veto, and then passed by a wider margin - 26-8 - in the Senate. Supporters - including insurance companies - celebrated the decision, saying the bill "encourages motorists to purchase insurance so they are adequately protected." Opponents, however, continue to echo Governor Nixon's concerns about the potential problems the bill could create - and also point out that existing state laws already mandate penalties for uninsured drivers.

• The term "non-economic damages" refers to monies for damages like pain and suffering, emotional distress, scarring and disfigurement.

• The restrictions outlined in HB339 do not apply if insured at-fault drivers were under the influence of drugs or alcohol when the accident occurred, or if these drivers were convicted of involuntary manslaughter or second-degree assault in connection with the crash.

• The restrictions do not prevent uninsured accident victims from recovering economic damages (such as medical expenses, lost wages, etc.).

• The statute will take effect on October 11, 2013, so accident victims will want to seek legal advice as soon as possible to ensure their rights are protected.