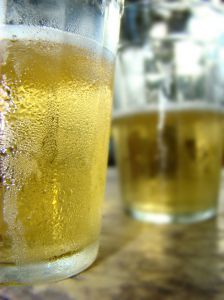 As Joplin personal injury lawyers, we know that drunk drivers threaten the safety of everyone on the road. Despite knowledge of the dangers, all too many drivers still choose to drink before they get behind the wheel. Often, these drivers cause serious car accidents with severe consequences for the drivers themselves and for their innocent victims.

Recently, a Utah teen was charged with multiple criminal offenses after police say he caused a fatal crash while driving under the influence. According to CBS News, 18 year-old Jean Soriano admitted he'd been drinking after he reportedly rear-ended a minivan in southeastern Nevada, causing it to spin out of control and roll over. Of the van's seven occupants, five were ejected from the vehicle and pronounced dead at the scene: 41 year-old Genaro Fernandez; 49 year-old Raudel Fernandez-Avila; 53 year-old Belen Fernadez; 45 year-old Leonardo Fernandez-Avila; and 13 year-old Angela Sandoval. Two other passengers survived the crash but were hospitalized. The family members were returning home after visiting a sick relative at a Denver hospital.

Soriano and a passenger were also injured in the accident, and investigators found empty beer bottles in his vehicle. Following the crash, a police officer spoke with Soriano and asked him how many beers he'd consumed prior to the accident. Soriano reportedly answered, "Too many." He is now charged with five felony counts of DUI resulting in death; two felony counts of DUI resulting in injury; driving without a license; and failure to reduce speed or use due care.

Alcohol use & its impact on driving performance

• Research suggests that even a small amount of alcohol can have a detrimental effect on driving-related skills. The Insurance Institute for Highway Safety reports that a driver's chances of causing a fatal crash increase right along with blood alcohol content (BAC). The risk increases "substantially" after a driver's BAC reaches 0.05%, and "climbs even more rapidly" after reaching the legal limit of 0.08%.

• It's not the type of alcohol consumed, but instead the amount, that determines a driver's level of impairment. A 12-ounce can of beer, a 4-ounce glass of wine, and 1.25 ounces of hard liquor all contain similar amounts of alcohol.

• According to the Missouri Coalition for Roadway Safety, 217 people died and 815 others were seriously injured in 2012 accidents involving impaired drivers. Statewide, impaired drivers play a role in approximately 30% of all Missouri traffic fatalities.

• Under Missouri law, if you cause a fatal accident while driving under the influence, you can face a felony charge of involuntary manslaughter, which is punishable by up to seven years in prison, a $5,000 fine, or both.

• Missouri also has a Zero Tolerance Law for drivers under age 21, which means that underage drivers can have their licenses suspended if they are caught with even a trace of alcohol in their system.

Aaron Sachs & Associates, P.C. is a personal injury law firm that represents the victims of Missouri auto accidents. If you've been injured in a collision caused by an impaired driver, you may be entitled to compensation for your losses and damages. An experienced lawyer can review the details surrounding your accident and explain your legal rights and options. Our firm works on a contingent-fee basis, which means we don't charge you any fees up front, and we also offer a free initial consultation to discuss your case. Contact us today to find out if we can help: call us toll-free at 1-888-777-AUTO, or visit our website. Serving clients in Joplin and the surrounding areas, including Carthage, Avila, Carl Junction, Oakland Park, Sarcoxie and Webb City.
Attorney meetings by appointment only
Categories