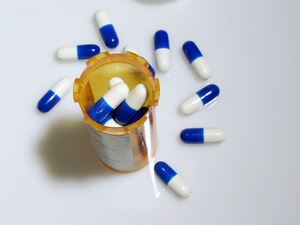 The report indicates that the use of expensive medication (instead of lower-costing, therapeutically equivalent drugs) accounted for approximately $2.1 billion in wasted funds. In addition, the workers' comp industry saw $107 million wasted due to the use of out-of-network pharmacies and third party billing; and $40 million wasted through the use of "higher-cost" delivery channels (like retail pharmacies) for long-term medication.

• 76.2% of total drug spending in 2011 was associated with the top six "therapy classes," which include narcotic analgesics, anticonvulsants, anti-inflammatory drugs, and dermatological medication.

• Narcotic analgesics have the highest annual cost per user ($508). This therapy class also accounts for approximately 38% of total drug spending and 34% of total utilization.

• 10% of total drug spending in 2011 was associated with the powerful painkiller Oxycontin. This drug also had the highest cost per user.

• The biggest spike in costs was associated with dermatological medication, which rose 7.4% in 2011.

"Behaviors such as habit or lack of awareness can lead some physicians to continue to choose branded medications over more clinically equivalent, lower-cost generic alternatives. Injured workers may also request the more expensive medication. These behaviors drive up the cost of the workers' compensation pharmacy benefit."

The report also indicates that about 125 million U.S. employees are currently eligible for workers' compensation coverage. Approximately 4.2 million of these employees suffer work-related injuries and illnesses every year.