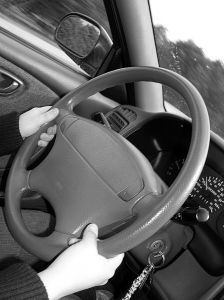 Nationwide, car accidents involving alcohol are on the decline, but even so, the news is filled with stories of drunk drivers. Consider these recent headlines:

• Rockland police: Drunk driver caused three-car crash, Rockland, MA
A Massachusetts woman was injured on Monday after a drunk driver caused a 3 car accident. According to police, 35 year-old Daniel Loughlin's vehicle spun out and smashed into an SUV, knocking it into a 3rd car. The woman driving the SUV was taken by ambulance to a local hospital. Loughlin, who police said smelled of alcohol, already had 2 DUI convictions. At the scene, he admitted he had consumed a few beers. He refused to submit to a blood alcohol test, so his license was automatically suspended. He is now charged with negligent driving, violating marked lanes, and third-offense DUI.

• Police: Drunk driver kills 2 in fiery Philly crash, Philadelphia, PA
On Thursday, 26 year-old George Vidra had been drinking when he ran a stop sign and broadsided another vehicle, which caught fire. The occupants (a 26 year-old woman and a 31 year-old man, whose names have not been released) were pronounced dead at the scene. Vidra faces multiple charges, including vehicular homicide and driving under the influence.

• State high court tells judge: Give man max on DUIs, Lincoln, NE
The Nebraska Supreme Court intervened in the sentencing of a repeat drunk driver, imposing a 10 year prison term on 56 year-old William Parminter. Parminter, who had been convicted of back-to-back drunk driving charges, is a 4 time offender. The Supreme Court found that Parminter's concurrent sentences for the last 2 offenses were "excessively lenient," and ordered that the Lancaster County District court re-sentence him. Parminter must serve at least 5 of those 10 years.

• Drunken Driving Foes: Return Licenses to Repeat Offenders, Boston, MA
WCBVTV investigates the number of Boston drivers who have had their licenses revoked for life after committing 5 drunken driving offenses. The answer? 1,824. The article identifies 2 specific Boston men who appeared in court on the same day: Edward Wright, who pleaded not guilty to his 8th drunk driving charge; and Stephen Buchanan, who pleaded not guilty for his 5th OUI (operating under the influence). The fact is that drunk drivers who lose their licenses are continuing to drive drunk anyway, leading the MADD chapter in Massachusetts to advocate for alternative penalties (like ignition interlock devices).