Police officers in Missouri have announced their plans for stricter enforcement programs over this Memorial Day holiday weekend to reduce the risks of a car accident in Missouri. Troopers will be participating in Operation C.A.R.E. (Combined Accident Reduction Effort) through the upcoming weekend -- hitting Missouri roads in full force.

Officers will be enforcing the rules of the operation beginning at 12:01 a.m. Friday, May 27th and ending at midnight on Monday, May 30th, according to Heartland Connection. 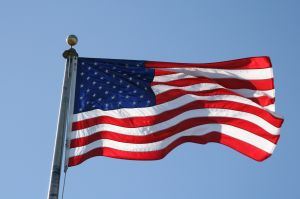 In addition to Operation C.A.R.E., troopers will be conducting a 20 mile Trooper Project on U.S. Highways 24, 36, 61 and 63 on the 27th and the 30th of this month. During this enforcement program, troopers will be assigned to 20 mile intervals so they can focus on specific areas. Their enforcement goal is to reduce car accidents in Missouri, including Springfield, Joplin, Colombia and the Bootheel over the holiday weekend. Whiplash, burns and scarring and other catastrophic injuries are all too common as a result of summer holiday weekend traffic accidents.

"Memorial Day is the first long holiday weekend of the year and many people will be travelling on Missouri roadways," stated Captain James E. Wilt, commanding officer of Troop B. "I would like to urge all motorists to make sure safe driving is a part of your plans. Make sure everyone is wearing a seat belt, and never drink and drive."

Our state isn't the only one heightening enforcement efforts over the Memorial Day holiday weekend. The National Highway Traffic Safety Administration will run its "Click It or Ticket" campaign. This campaign will be going from May 23 to June 5. The "Click It or Ticket" campaign is the most successful safety belt enforcement campaign as it has contributed to the highest national safety belt usage rate - nearly 90 percent. Law enforcement agencies nationwide will strictly enforce their zero-tolerance policies of safety belt violations throughout the campaign.

The National Safety Council also released their estimates for the number of traffic crashes this Memorial Day weekend. The Council estimates that more than 400 traffic deaths, and an additional 39,400 injuries will occur over the summer kick-off holiday weekend.

The NSC also released estimates claiming more than 300 people may survive the Memorial Day holiday weekend because of seat belt use. They also predict another 103 lives could be saved if everyone wore seat belts.

With the last six years of recorded data, The NSC has concluded that the Memorial Day holiday weekend has a 12 percent increase in traffic fatalities.