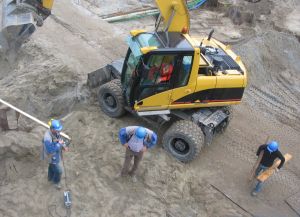 Worldwide, workers compensation began to appear in the late nineteenth century in several European countries. Out of the westernized, industrial nations, the U.S. was relatively slow to adopt these new protections for workers. Although the federal government saw all forms of social insurance and welfare to be the responsibility of individual states, they actually led the way by insuring their own workforce with legislation passed in 1908.

Workers' compensation laws are considered to be the first "social insurance programs" adopted throughout the nation. The purpose is an important one--to ensure that employers who are injured or made ill arising "out of or in the course of employment" receive the medical treatment they need, and receive payments ranging up to roughly two-thirds of their wages to replace lost income.

Missouri Workers' Compensation attorneys are watching various cases across the nation that might threaten this hundred year old workers' compensation tradition. In our neighboring state of Illinois, Gov. Pat Quinn recently introduced major changes to the workers' compensation system, claiming they will save employers money and prevent employees from abusing the system, including: