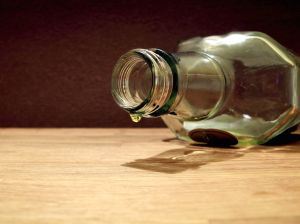 As Columbia car accident lawyers, we know that alcohol-impaired drivers increase accident risks for everyone on the road, including the innocent motorists who are simply unlucky to be traveling near them. Any amount of drinking can impair your ability to drive safely: even if you think you're just "buzzed," you're jeopardizing your safety and the safety of others by choosing to get behind the wheel.

What exactly makes alcohol and driving such a dangerous combination? Studies reveal that alcohol use impacts driving performance in several dangerous ways:

• Alcohol slows a driver's reaction time. Since accidents happen unexpectedly - often within a matter of seconds - having a quick reaction time is an essential part of avoiding a collision. Even with a blood alcohol content as low as 0.02%, a driver's mental capabilities (including reason and caution) are already impaired. When your reflexes are slowed, you're simply unable to react to changing roadway conditions as quickly - which means you're much more likely to cause a crash.

• Alcohol impairs a driver's ability to concentrate on the task of driving. Safe drivers have to be attentive to a number of different factors while behind the wheel, including vehicle speed, lane position, traffic signs and signals, and the actions of other drivers traveling near them. Research shows that alcohol-impaired drivers are more likely to concentrate on a single action, meaning others are neglected.

• Alcohol limits a driver's comprehension skills. Alcohol-impaired drivers are less able to recognize potential threats to roadway safety and to respond to those threats appropriately in order to prevent a crash. Drinking before you drive can hinder your decision-making ability, leaving you confused about how to process and react to a roadway emergency. In other words, alcohol makes it harder to identify a dangerous situation.

• Alcohol is detrimental to a driver's vision and hearing. According to the Centers for Disease Control and Prevention (CDC), alcohol use reduces visual acuity, peripheral vision, depth perception, and the ability to judge distances. In addition, alcohol use "reduces the ear's ability to hear, muffling sounds, and interfering with the ability to determine the direction of sounds."

Don't take the risk! If you choose to drink, please call a cab, catch a ride with a sober driver, or simply stay put. Doing so just might be lifesaving.