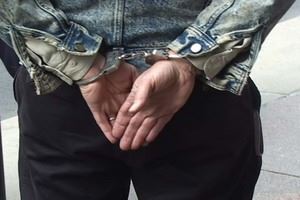 The U.S. Supreme Court has decided to hear a Missouri case concerning whether or not police officers need to get a warrant to obtain a blood sample from suspected drunk drivers. The case involves a Cape Girardeau man, Tyler McNeely, who was pulled over for speeding at approximately 2:00 a.m. on October 3, 2010. McNeely failed field sobriety tests and refused a breathalyzer, so the highway patrolman took him directly to a nearby hospital for a blood test.

About 25 minutes after the initial stop, McNeely's blood alcohol content was found to be 0.154%, almost double the legal limit. However, the patrolman had not attempted to obtain a warrant for the test. In court, McNeely argued that the test violated his 4th Amendment rights, which protect citizens against unreasonable search and seizure. The case went all the way to the Missouri Supreme Court, who agreed with McNeely, ruling that the blood test was inadmissible.

"So there's no warrant required for field sobriety tests or just to ask questions and that was done in this case without a warrant," Tony Rothert, legal director of the American Civil Liberties Union (ACLU), told St. Louis Public Radio. The Union is representing McNeely. "Most Americans believe that, walking down the street, the police officer can ask you questions but they can't stick a needle in you and take blood from you," Rothert said.

Missouri prosecutors appealed to the Supreme Court, arguing that alcohol dissipates rapidly in the bloodstream (at a rate of about 0.015%-0.020% per hour), and thus officers need to be able to draw blood without a warrant in order to catch drunk drivers. "In the middle of the night, it's not always easy to get a search warrant. You usually have a delay of a couple of hours," said Missouri prosecutor John Koester Jr., who brought the appeal.

But McNeely's lawyers maintain that "the Supreme Court shouldn't categorically exempt drunken driving cases from the normal rule that police must get a warrant for intrusive bodily searches," Bloomberg reports. And Lewis Katz, a criminal justice specialist, told Reuters that the level of bodily intrusion could be a key point for the high court. "The Supreme Court has generally in the last four decades been sympathetic to police claims in this area of warrants, but this is an entirely different area because of the intrusion into the body," Katz said. "Invasion of the body is the greatest invasion of privacy there could be."