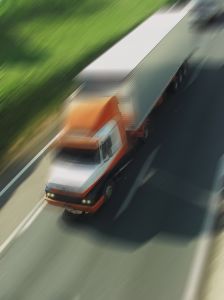 In 2010, there were 115,398 U.S. auto accidents that involved semi-trucks, according to the Federal Motor Carrier Safety Administration (FMSCA): 3,797 Americans were killed and 64,338 were injured in these crashes. Meanwhile, the Insurance Institute for Highway Safety (IIHS) reports that only 14% of 2010 semi-truck crash fatalities were actually occupants of the semi-trucks. In fact, 72% of those killed were passenger vehicle occupants, and 13% were pedestrians, bicyclists or motorcyclists.

More often than not, collisions between semis and passenger vehicles result in serious injuries and deaths. It's a matter of sheer physics: when fully loaded, an average big rig can weigh more than 80,000 pounds, while a typical passenger vehicle normally weighs about 3,000 pounds. Given this vast discrepancy in size, it's easy to see why passenger vehicle occupants are so vulnerable when they collide with large trucks. Furthermore, because of their massive size and weight, semis are far less maneuverable than passenger cars and trucks. They require extra time and space to change lanes, to execute turns, to accelerate, and - importantly - to stop.

On Tuesday, a Chicago woman and a Kansas truck driver were both killed in a particularly brutal rear-end crash near Lincoln, Illinois. According to state police, a motorist contacted local law enforcement shortly after 11:00 p.m. on May 8 and reported a stopped vehicle in the southbound lanes of Interstate 55. The caller said the car was stationary in the right lane of traffic and had no lights on.

When deputies responded to the call, they found wreckage: a southbound semi-truck had slammed into the back of the stopped car. The force of the impact caused the semi to literally run over the smaller vehicle and drag it across the highway, through a guardrail and over the center median.

The car - a Hyundai driven by 21 year-old Lakesha Williams - had come to rest on the shoulder of northbound I-55. Williams was thrown from her vehicle and pronounced dead at the scene of the accident. She was not wearing a seat belt.

Meanwhile, the semi-truck had continued traveling south, plowing through the median and down a steep embankment before crashing into a creek bottom under the roadway. Like Williams, the truck driver - 67 year-old Donald McGregor - was ejected and died at the scene, but police have been unable to determine whether or not he was wearing a seat belt.

The accident is currently being investigated by a crash reconstructionist from the Illinois State Police. Why Williams' car was stopped on the interstate - and why she had failed to turn on her headlights and flashers - is still a mystery. I-55's southbound traffic was diverted and 1 northbound lane was closed for about 5 hours following the accident. On Wednesday, crews were still working to clear the crash debris strewn across the roadway.

The personal injury lawyers at Aaron Sachs & Associates, P.C. represent the victims of semi-truck accidents in Springfield, Joplin, Columbia, Cape Girardeau, Kansas City and throughout the state. To schedule a free initial consultation in one of our 5 Missouri offices, call us toll-free at 1-888-777-AUTO, or visit our website.
Attorney meetings by appointment only
Categories