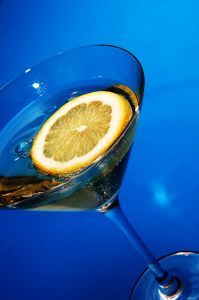 School is almost out, the days are growing warmer, and summer is right around the corner. Our Columbia car crash lawyers know that many Missourians are looking forward to good times with friends in the months ahead. Perhaps you're planning to attend an outdoor concert in the park and enjoy a bottle of wine. Perhaps you've purchased baseball tickets and intend to fork over the $9 per beer. Or perhaps you're hosting a barbeque, and you're considering serving drinks. Whatever your plans may be, don't choose to drink and drive.

Many drivers who receive DWI citations don't intend to drive drunk. In fact, a good number of these offenders simply have a few more drinks than they originally planned, and believe they can still drive safely. A 2005 study conducted by the National Highway Traffic Safety Administration (NHTSA) found that most drunk driving accidents are caused by male drivers between the ages of 18 and 34. In their responses, a good number of the men surveyed created a distinction between driving while drunk and driving while "buzzed." Several of these drivers initially defined "buzzed" as having 1-2 beers, but later admitted "buzzed" meant consuming closer to 8-10 beers.

"Everyone understands dancing-with-a-lampshade drunk and says they would never drive like that," said Robin Mayer, Chief of the Office of Consumer Information for NHTSA. "But they do drive with a buzz on because they don't believe they are impaired."

Don't make this questionable distinction and put yourself (and others) at risk. Below, you'll find 15 tips to help you avoid drunk driving in Columbia, Missouri throughout the summer months.

• Never, ever drink on an empty stomach. Eat carbohydrates such as pasta and breads.

• Drink a 32 oz cup of water before drinking any alcohol. Staying hydrated is essential.

• After you've had a drink, let some time pass before ordering another one. Have a few non-alcoholic drinks in the meantime.

• If you plan to drink, you should also plan to have a designated driver available, just in case.

• When you need a ride in a pinch, you can always call a cab. Be sure to carry cash to pay for your ride and a cell phone to make the call.

• Be aware that some over-the-counter medications contain alcohol that will mix with any alcohol you're drinking.

• Be aware that some medications, especially prescription medications, enhance the effects of alcohol, which means that you may become impaired with less consumption of alcohol than usual.

• Be aware if you've gained weight, because you will be less able to tolerate alcohol.

• Be aware that women of the same weight as men can tolerate less alcohol because of a stomach enzyme found in great quantities in men's stomachs.

• Mix non-carbonated fruit juices or other mixers with alcohol to dilute alcohol content.

• Know that carbonation in soda, mixed drinks, sparkling wines, and draft beer accelerate the absorption of alcohol in your bloodstream, so you get drunker than you do when using non-carbonated mixers.

• Know that caffeine makes it seem as though you are not being impaired by alcohol, which may cause you to overdrink.

• Stop drinking all alcohol at least 2 hours before you plan to drive. Drink water during those 2 hours.

The car crash lawyers at Aaron Sachs & Associates, P.C. represent accident injury victims in Columbia, Jefferson City, Centralia, Ashland, and throughout Missouri. To schedule a free initial consultation, call us toll-free at 1-888-777-AUTO, or visit our website.
Attorney meetings by appointment only
Categories