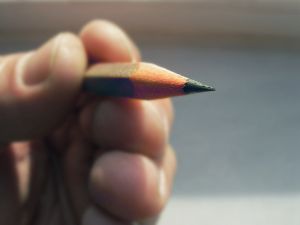 In November 2011, the group Show-Me Cannabis Regulation received the state's permission to collect signatures in support of a constitutional measure to regulate marijuana like alcohol. For the measure to be placed on the 2012 ballot, the group needed to collect signatures from five percent of the state's registered voters in six different congressional districts - about 150,000 votes. However, KY3 reports that the group fell short on signatures; instead, Show-Me Cannabis is now pursuing decriminalization possession of marijuana in Springfield with a measure modeled after a successful effort in Columbia.

Specifically, the movement is working to make possession of 35 grams of marijuana (or less) punishable by a maximum fine of $150.00. Some law enforcement officials are concerned about the prospect, including Officer David Snider of the Springfield Police Department, who believes the detrimental effects of the drug outweigh any potential arguments advocates may have. Officer Snider argues that the legalization of marijuana would undermine safety precautions already in place.

For example, driving under the influence of marijuana would become a much more prevalent safety issue. Multiple studies have found that smoking marijuana has a detrimental impact on driving skills: according to the American Council for Drug Education, marijuana impairs coordination and balance, causes delayed reaction time, diminishes short-term memory, distorts perception and negatively effects motor skills. Furthermore, research has proven that using illicit drugs like marijuana can create an increased risk for car accidents: the National Highway Traffic Safety Administration (NHTSA) found that in 2009, of all auto accident fatalities, 18 percent tested positive for at least one drug (illicit, prescription, and/or over-the-counter). In addition, another study by the National Survey on Drug Use and Health (NSDUH) found approximately 10.5 million people aged twelve and over had been caught driving while under the influence of illicit drugs.

There's no question that the use of marijuana is on the rise. The Centers for Disease Control and Prevention (CDC) recently revealed that current marijuana use in high school students increased from twenty-one percent to twenty-three percent between 2009 and 2011. The CDC's most recent National Youth Risk Behavior Survey revealed that marijuana use is more common than cigarette use among today's teenagers.

As illicit drug use becomes more prominent, it is necessary for the state to actively enforce DUI laws, but that's not such a simple task, according to the National Institute on Drug Abuse (NIDA). While determining the level of alcohol content in a driver's blood can be difficult, it is much more straightforward than testing for drug use, since there is not a breathalyzer test or other method to check drug usage or levels in the body. Similarly, research has proven that having a blood alcohol content above 0.08 percent will impair a driver's performance; "but for illicit drugs, there is no agreed-upon limit for which impairment has been reliably demonstrated. Furthermore, determining current drug levels can be difficult, since some drugs linger in the body for a period of days or weeks after initial ingestion."

Show-Me Cannabis has to obtain 2,101 signatures to certify their petitions. If they succeed, the measure will be presented to Springfield City Council before it is placed on the ballot.