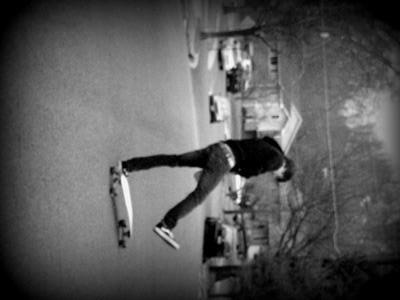 Unfortunately, Missouri is beginning to feel the impact of the summer months on teen accident rates. In early June, two teens were killed near Poplar Bluff when an Amtrak train struck their vehicle, according to the Southeast Missourian. Meanwhile, in Greene County, the Springfield News Leader reports that a total of five pedestrians have died since April. Of those five fatalities, three were local teenagers.

Then, on Wednesday, two people were killed near Festus in another crash involving a teen: the 17 year-old male ran a red light and struck the passenger side of a vehicle passing through the intersection. The occupants of the vehicle - 75 year-old Raymond McLean and his 70 year-old wife Carolyn - were pronounced dead at the scene. The 17 year-old driver was airlifted to St. Louis with serious injuries. KDSK reports that the Missouri Highway Patrol will investigate the accident and determine whether to bring charges against the teen.

Auto accidents remain the leading cause of death for American teenagers: over 5,000 teens die each year in crashes throughout the country. In 2010, drivers under 21 were involved in 15.1% of all fatal Missouri accidents, but this age group made up only 9.3% of Missouri's licensed drivers, according to data from the Missouri Highway Patrol.

And the months ahead are particularly dangerous, since summertime typically brings an increase in teen fatalities. According to the National Highway Traffic Safety Administration (NHTSA), May, June, July, and August are the deadliest months of the year for teens. "Each month in the summer, we lose the equivalent of an entire high school class on America's roads," Dr. Jeffrey W. Runge, NHTSA Administrator. "Young inexperienced drivers spend more time behind the wheel in the summer, often with tragic results."

With school out of session, more young drivers are on the road, increasing the already-high risks to those drivers, their passengers, and the motorists traveling near them. It is imperative for parents and guardians to regulate and enforce safe driving practices. Sadly, all too often, adolescents make rash decisions which put themselves - and others - in danger.

What Parents Can Do to Prepare Teens for Summer Driving

To hold young drivers accountable, you may want to consider using a driving contract, signed by you and your teen, to outline acceptable and unacceptable behavior. Developing this kind of agreement will also give you an opportunity to discuss potential hazards and appropriate responses. Remind your teens that driving is a privilege that will be taken away if abused.

Erin Sauber-Schatz, senior research scientist for the Centers for Disease Control, (CDC), encourages parents to be actively involved in their teen's driving education. In an interview with BeSmartBeWell.com, she outlines the top three things all teens should do each time they get behind the wheel.

• Fasten your seatbelt. Sauber-Schatz says they reduce the risk of critical injury by 50%.

• Be comfortable with the vehicle. Sometimes teens don't bother to make sure they know how to defrost the windows, or turn on the windshield wipers, or set the parking brake. Teens - and parents - should take time to review the vehicle's controls.

• Turn off your phone and put it away. Distraction is a disturbingly common contributor to fatal teen accidents - and sometimes passengers are a poor influence. In fact, each additional passenger under 21 significantly increases a teen driver's crash risk. "If you're a passenger, be a responsible passenger," Sauber-Schatz adds, "so that your driver makes the choices that will keep both of you safe.

The personal injury lawyers at Aaron Sachs & Associates, P.C. represent accident victims in Cape Girardeau, Missouri and the surrounding areas, including Poplar Bluff, New Madrid, Perryville and Sikeston. Please call 1-888-777-AUTO to schedule a free initial consultation, or visit our website to learn more about our practice.
Attorney meetings by appointment only
Categories