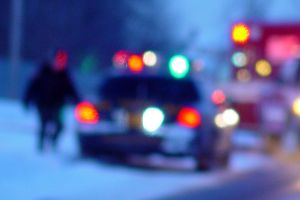 Our Columbia, Missouri car accident attorneys feel strongly that car accidents happen because there are drivers who make bad decisions. We're very passionate about being advocates for the victims of these accidents, who frequently find their lives irrevocably changed because of someone else's poor choices. For example, when a driver chooses to run from law enforcement, he or she is choosing to endanger other passengers, nearby motorists, and innocent bystanders. The consequences of that choice are often deadly.

Tragically, a Mizzou student was killed last weekend after a high speed chase ended violently. It all started around 2:30 a.m. Sunday in Versailles, IL, when a Brown County sheriff's deputy responded to reports of a pickup truck driving through yards and vandalizing property. As the deputy talked with the victim, the victim observed the vehicle in question passing by the house. According to Sheriff Karl Groesch, "The deputy tried to stop the vehicle and that's when the vehicle accelerated through a stop sign and left Versailles at a high rate of speed."

The pickup truck led law enforcement on a chase through 2 Illinois counties, reaching speeds in excess of 100 mph. By 2:50 a.m., Cass County authorities received reports that the pickup was passing through Beardstown, IL. The truck continued traveling at excessive speeds and running stop signs until it eventually struck a utility pole and flipped over.

The truck was carrying 6 occupants. 19 year-old Brianna Baker, an MU freshman and a passenger in the pickup, died as a result of injuries sustained in the accident. One other passenger - 18 year-old Brooke Vonholt of Clayton, IL - was injured and taken by ambulance to a local hospital. The other four occupants of the vehicle were uninjured.

The driver of the truck was 19 year-old Jacob D. Hendricks, of Mount Sterling, IL. He was arrested at the scene of the accident, and has since been charged with a multitude of offenses, including aggravated fleeing or attempting to elude a police officer; reckless driving; driving under the influence of combined alcohol and drugs; speeding; disobeying a traffic control device; and failure to wear a seat belt. Authorities have indicated that additional charges are forthcoming from Cass County, and they continue to investigate the accident.

According to the National Highway Traffic Safety Administration (NHTSA), about 360 people are killed in high speed pursuits every year. Some advocacy groups argue that statistics don't reflect the real total - which they claim is 3 or 4 times higher - since there's no mandatory reporting system for these kinds of fatalities. Even more staggering, about 1/3 of these fatalities are innocent bystanders who find themselves in the paths of drivers fleeing from law enforcement.

It's not right, and it certainly isn't fair. When a driver's recklessness causes injury and death to passengers, other motorists, or innocent bystanders, a great injustice has been done. Our attorneys know how traumatic it can be to deal with the aftermath of a serious accident, and it's our goal to make sure the rights and needs of accident victims are fairly represented.

For more additional resources related to car accident injury claims, download our Auto Injury App (via the iTunes App Store or the Android market), or visit our "Law You Can Use" index.