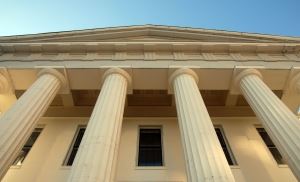 The Original Accident
In Buchanan County, a new lawyer has been retained by a client who was involved in a St. Joseph collision almost three years ago. The client, Joshua Morgan, is currently serving an 18 year prison sentence after being convicted of charges connected to that accident. In March of 2009, he made a left-hand turn and collided with a motorcycle. Both the driver and passenger of the motorcycle were thrown from the bike, and the passenger subsequently died as a result of the accident.

In December 2009, Morgan pled guilty to involuntary manslaughter, second-degree assault and leaving the scene of an accident, on the advice of his original attorney. Now, he and his new lawyer have returned to court: they're asking to have the original judgment vacated. This means they want the original ruling and subsequent sentence to be set aside or corrected.

The Importance of Thorough Accident Investigations
When traffic accidents happen, local law enforcement agencies take pictures, draw diagrams, and talk to witnesses. Normally, citations are issued for any traffic violations. In most cases, the driver who committed the infraction is also the one who caused the accident, but not always. Sometimes, both involved drivers have committed traffic violations, so they are each issued a summons.

It's a car accident attorney's job to make sure a thorough investigation is conducted, and to use the investigation's findings to help protect a client's rights. In Morgan's case, however, he claims his original attorney failed to conduct a reasonable investigation.

According to news reports, new information has come to light, revealing that the accident may not have entirely been Morgan's fault. A recent investigation conducted by Morgan's new attorney found that the motorcycle did not have a working headlight and was traveling in excess of 60 miles per hour, and the driver of the motorcycle had alcohol in his system. It also showed that Morgan had a green turn arrow, meaning his left turn was protected.

Of course, we do not know all of the specific details of the case, then or now. But there are undeniably questions that should have been raised in 2009, particularly in light of information that is now available. An accident with questions of fault should always be investigated by an experienced investigator. And the investigator should be part of a legal team that is completely focused on representing a client's rights and interests.

Who is at Fault?
If you are in a car accident, especially when there is any doubt as to fault or the circumstances surrounding the accident, collect as much information as possible. Look for witnesses and get their names and contact information. Call a lawyer who uses a professional, experienced investigator - the sooner, the better. Do not assume fault or accept blame until an investigation has been conducted.

Before you sign anything or agree to any terms with legal or insurance ramifications, you should seek the advice of an experienced lawyer who handles car accident and personal injury cases.

If you've been injured in a car accident and want to discuss your rights with an attorney, call the Kansas City Missouri car accident lawyers at 1-888-777-AUTO (2886) and schedule a consultation meeting.