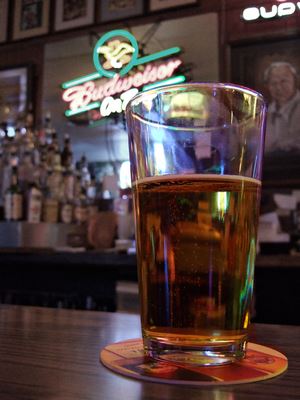 Super Bowl weekend is almost here: this Sunday, lots of Missourians will celebrate this American tradition by attending Super Bowl parties here in Columbia. And the odds are that many folks will also enjoy a cold beer or two while watching the game with friends. Our Columbia, Missouri car accident attorneys want to remind you that drinking and driving (even if you think you're only "buzzed") has serious consequences that can irrevocably affect multiple lives. It's a message that we've heard hundreds of times, but we can always use a reminder.

Last week, a Wood River woman was sentenced to 7 years in prison after she drank, drove, and caused a fatal 2010 accident in Alton, Missouri. 24 year-old Brittney Butler pleaded guilty to a charge of driving under the influence of alcohol resulting in death. According to Alton police, Butler was traveling around 80 miles per hour when she rear ended a trash truck, killing her passenger, 35 year-old Jeffrey Davis. There were no skid marks at the scene, which demonstrates that Butler never attempted to stop, or even to slow down. Her blood alcohol level was 0.16% - that's twice the legal limit.

Butler had previous convictions and was on probation at the time of the accident. She also pleaded guilty to violating her probation, and was subsequently sentenced to consecutive prison terms for the probation and DUI charges. She will have to serve at least 85% of her sentence.

If you're tempted to take a casual attitude toward drinking and driving, let this situation be a lesson to you: consider how many people have suffered needlessly as a result of this single incident. Davis was killed: his death has undoubtedly affected his loved ones, who have to cope with such a sudden, senseless loss. And Butler is a young woman who will now spend the rest of her twenties in prison. In her statement to the court, she apologized to Davis' family, saying she will have to deal with her actions for the rest of her life.

Don't take the chance. Don't tell yourself, "Well, I've only had a couple of beers - I'm just a little buzzed. I should be fine to drive." Impaired is impaired. What's more, an intoxicated person is not the best judge of his or her own mental state. Remember, drunk drivers don't just risk their own safety - in fact, they often harm their passengers and innocent passersby.

A few tips to help you avoid driving while impaired:

• Keep track of how many drinks you consume. Drink a non-alcoholic beverage in between alcoholic drinks.

• Stop drinking alcohol at least 2 hours before you need to drive. Instead, drink soda, water, or coffee.

• If you've had too much, have a designated driver drive you home, sleep on your friend's couch, or call a cab. Drinking and driving is NEVER worth the risk.

• Always carry your cell phone so you can call a friend, parent, cab, or car service.

• If you're a student, do not be afraid to call your parents. Again, drinking and driving is NEVER worth the risk.

• Carry cash to pay for cab or car service, or for bus fare.

• If you've been drinking, do not drive a car, truck, motorcycle, bicycle, tractor, or horse. You can be arrested and injure others while on any mode of transportation.

• If you sleep in a car, sleep in the back seat with the engine off and the keys out of the ignition.

• Be aware that certain medications often enhance the effects of alcohol.

Where to get help if a loved one has been injured by a drunk driver in or around Columbia, Missouri:

The car accident attorneys at Aaron Sachs & Associates, P.C. are licensed to serve all Missouri residents in and around Columbia, including Jefferson City, Moberly, Camdenton, Lake of the Ozarks, and Osage Beach. Call our office to schedule a free confidential, no obligation consultation. You can reach us toll free at 1-888-777-AUTO. We are available 24/7/365 for your convenience.