Missouri roadways may be getting safer, but drivers still face real risks of being involved in a fatal car accident in Kansas City or elsewhere. According to recently released statistics, the National Highway Traffic safety Administration concluded that our state saw a 9 percent decrease in the number of traffic accident fatalities from 2008 to 2009. Unfortunately, we still witnessed nearly 900 roadways deaths. 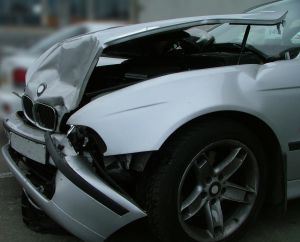 Our Kansas City, Missouri car accident attorneys understand the risks that drivers face on our roadways. As a matter of fact, the Missouri State Highway Patrol reported more than 250 traffic accidents over the recent Labor Day holiday weekend. More than 130 people were injured in these accidents and 15 people died, according to the Columbia Daily Tribune. There were more reported Labor Day weekend traffic accident fatalities this year than in 2010.

The NHTSA reports that the involvement of alcohol-impaired drivers in these fatal accidents hasn't changed much over the last 9 years. The government also reports that of the nearly 900 traffic accident fatalities, approximately 400 of them involved a speeding driver. Nearly 700 of the fatalities occurred to those who were the occupant of a passenger vehicle. The remainder of the fatalities occurred to pedestrians, bicyclists, motorcyclists, large-truck occupants and others.

Seat belts have been proven to be a lifesaving factor in a number of serious motor-vehicle accidents on our roadways. Some statistics conclude that seat belts can reduce traffic injuries by 50 percent and reduce the risk of death by up to 70 percent when used properly.

-Seat belt use is a secondary offense for drivers over the age of 16, meaning that an officer cannot pull over a driver simply for not wearing a seat belt. There has to be another violation occurring.

-Seat belt use is a primary offense for drivers age 16 and older. State law requires that all young drivers wear a seat belt at all times.

-Vehicles designed for more than 10 people, trucks that are more than 12,000 pounds, postal service vehicles, agricultural vehicles and vehicles requiring frequent entry or exit do not require seat belts.

-Missouri had an observed seat belt use rate of more than 77 percent in 2009.

-Children younger than 4 or those who weigh less than 40 pounds are required to be properly restrained in a child safety seat.

-Children ages 4- to 7-years-old who are less than 57 inches tall and are between 40 and 80 pounds are required to sit in a booster seat.

-Drivers that are 18-years-old and younger who are either driving or riding in a truck are required by law to wear a seat belt.

If you have been injured in a motor-vehicle accident, you may need legal assistance to get the compensation you deserve. Call the Kansas accident lawyers at Aaron Sachs & Associates, P.C. for a free initial consultation.