Many government agencies at the federal, state and local level have been working tirelessly to reduce the number of drunk driving accidents for decades. We frequently report in our blogs on the efforts of the Missouri State Highway Patrol's various drunk driving initiatives, such as sobriety checkpoints and saturation patrols. However, from our own experience as Springfield MO injury lawyers we know how many impaired drivers are still on the roads, causing deadly accidents and wreaking havoc with other peoples' lives. 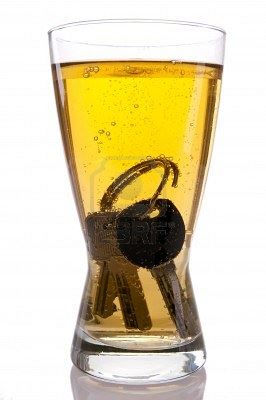 A new study released Oct. 4th by the CDC reports that drunken driving incidents have actually dropped an impressive 30 percent in the last five years. In 2010 they hit their lowest number in almost two decades.

However, the study does not give the credit to stricter laws or ongoing law enforcement efforts. Instead, it postulates that the decline in drunk driving accidents may be due to the recession. Various other research indicates that people are still drinking as much as ever--however, they seem to be doing it at home, which is much cheaper than partying at bars, nightclubs or restaurants. It is also obviously safer, as no driving is involved.

"One possibility is that people are drinking at home more and driving less after drinking," said Dr. Thomas Frieden, director of the Centers for Disease Control and Prevention.

The CDC conducted a 2010 nationwide survey of 210,000 adults. They were surveyed over the phone and allowed to remain anonymous, hopefully freeing them up to answer with total honesty. One in fifty of the respondents admitted to at least one instance of driving drunk in the previous month. If these statistics hold for the general population, it would indicate as many as four million Americans drove drunk in 2010.