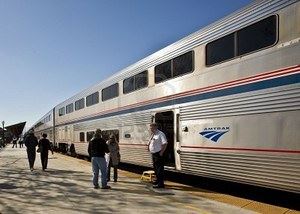 Kansas City personal injury lawyers know that while train travel is much safer than car travel, per mile traveled, accidents can and do happen. However, train ridership is up in Missouri. According to a press release sent out by MoDot on Oct. 13th, the number of people who are using trains instead of their personal vehicle is on the rise here in Missouri. In September, 14,150 passengers rode the Amtrak Missouri River Runner, as compared to 13,038 in September 2010 - an increase of 8.5 percent. This train travels twice daily between Kansas City and St. Louis, a trip taking approximately five hours and forty minutes.

"The number of passengers on the Missouri River Runner continues to grow because the service has become consistently reliable," said Michelle Teel, MoDOT's Multimodal director. "With gas prices continuing to hover around $3 a gallon, traveling by train is an economical option for travelers."

The fact that Amtrak's on-time performance was at 90% all through September provided another incentive for travelers who are tired of traffic jams, road construction slowdowns and the omnipresent danger of semi-truck accidents.

Missouri has received $37 million in government funds from the Federal Railroad Administration. It has used the money to remove bottlenecks along the River Runner's path, conduct a wide-ranging state railroad plan and improve customer access to St. Louis' Gateway Station.