Columbia personal injury lawyer Aaron Sachs understands that spring is a particularly dangerous time for teen car accidents. Many teens get their license in the spring. And prom and graduation add to the excitement. Tragically, car crashes in Columbia and the Lake of the Ozarks region are the leading cause of death for all teenagers. 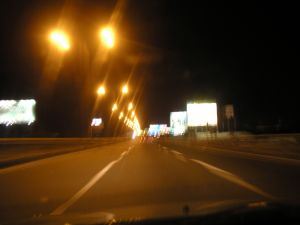 The National Highway Traffic Safety Administration reports that 5,148 drivers between the ages of 15 and 20 were involved in fatal crashes in 2009. Missouri car crashes involving teenagers claimed 154 lives that year.

In this case, the teenagers were passengers in a 2007 Chevy Cobalt driven by an 18-year-old youth. The car traveled off the left side of the road, struck a ditch, overturned and hit a tree.

Two teens, ages 17 and 18, were flown to Columbia; a 16-year-old Osage Beach youth and an 18-year-old teen were transported by ambulance to Lake Regional Health System. A 23-year-old man was also transported to Lakes Regional for treatment.

The driver was arrested for driving while intoxicated, careless and imprudent driving involving an accident and minor visibly intoxicated.

Car accidents are the leading cause of death for teenagers ages 15 to 20. Columbia accident attorney Aaron Sachs urges you to speak often with your teen about the importance of making good driving decisions.

-Choose a sensible vehicle for your teenager. One large enough to protect them in the event of an accident. High performance sports cars are typically not suitable for teens.

-Execute a teen safe driving contract with your teen that outlines the expectations and responsibilities that come along with the right to drive.

-Have a zero tolerance policy for drinking and driving and make it known that they can call you for a ride home.

-Limit the number of friends a teen can have in a vehicle. A vehicle full of teenagers is one of the primary causes of distracted driving accidents involving young drivers.

-Teach your teen the risks associated with using a cell phone, text messaging or engaging in other forms of distracted driving behavior.

If you are dealing with a teen car accident in Columbia, Jefferson City, Ashland, Fulton, Boonville or the surrounding central Missouri, call 1-888-777-AUTO or 573-449-5500 today for a confidential consultation to discuss your rights. Attorney meetings by appointment only.