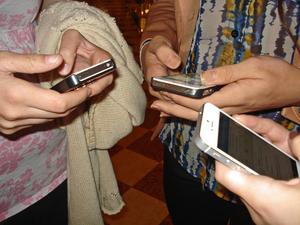 As Columbia car accident lawyers, we know that distracted driving is a major issue facing teen drivers - but recent research shows many older drivers may be just as vulnerable to accidents caused by texting and driving. According to a survey conducted by the AAA Foundation for Traffic Safety, adult drivers between age 25 and 39 were the most likely to admit to texting and driving. In fact, while only 20 percent of teens admitted to texting while behind the wheel, over 40 percent of drivers in the older age group said they used a cell phone "fairly often" or "regularly."

Furthermore, the survey also revealed that "88 percent of motorists believe distracted driving is a bigger problem now than it was three years ago. About 89 percent believe that other drivers talking on a cellphone while driving is a serious threat to their personal safety, while nearly all (96 percent) believe that others texting or emailing behind the wheel is a serious threat." Indeed, federal data reveals that distraction is a contributing factor in 1/10th of all fatal accidents in the U.S. each year - that's more than 3,000 deaths tied to distracted driving.

The AAA's survey indicates that older drivers can be just as prone to distracted driving behaviors as younger drivers. However, given the prevalence of mobile device usage among teens, distracted driving remains a serious problem for the younger set. What can parents do to discourage cell phone use in their teen drivers? Below, we offer a few tips.

Keeping your teen driver safe: What parents can do to curb distracted driving

• Always set a good example. When you're behind the wheel, put your phone away and avoid other distracting activities, like eating, drinking, and fiddling with the radio or GPS. Remember, as a parent, you're your child's first driving teacher - and research shows you can have a significant impact on your teen's driving education. Model the behaviors you expect from your teen.

• Establish clear ground rules about safe driving. Make sure your teen knows what you expect so there's no confusion about what kind of behavior is acceptable when driving. Many parents find it useful to develop a parent/teen driving contract that lays out rules, expectations and consequences.

• Consider using a monitoring device. These devices can track your teen's driving behaviors - some insurers even offer these at a reduced cost. There are also several useful apps that can be downloaded onto Apple or Android devices which work to prevent texting and driving.