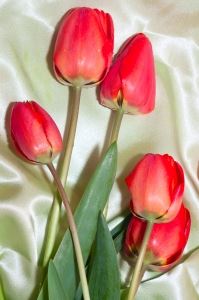 Columbia Missouri Wrongful Death Attorney's are closely watching the progress of a recent NY wrongful death suit, filed by Marie Lourdes Andre. She is the mother of George Desdunes, the college student who died in a fraternity pledging event this past February.

The suit seeks at least $25 million in damages against the Sigma Alpha Epsilon fraternity and names 20 former SAE brothers and pledge members as defendants.

Desdunes, 19, a fraternity brother in SAE, was found on a couch at the SAE fraternity house on Feb. 25 and later died at Cayuga Medical Center. According to the wrongful death suit, Desdunes was tied up and given alcohol by pledge members. He became so intoxicated that he "required immediate medical treatment. Instead, he was taken by the pledges, still bound at the wrists and ankles, and dumped on a couch in the SAE house where he was unattended and left to die."

"With the death of my son, I find some comfort in knowing that this lawsuit may bring about changes in fraternities that will prevent other families from suffering as I have," Andre said in a statement given to the Associated Press.

Although this incident did not take place in Missouri, it is exactly the type of tragedy that is of concern to all Columbia, Jefferson City and other Boone County parents.

The lawsuit names as defendants former SAE pledges Max Haskin, Ben Mann and Edward Williams, three men who had previously been charged with misdemeanors in connection with Desdunes' death. The suit also names SAE's former chapter president, vice president and several other undergraduate officers were also named as defendants, along with ten unnamed people who were pledge members or brothers in SAE.

The incident that led to Desdunes' demise was apparently a "mock kidnapping." According to the court documents, both he and another SAE brother were taken to the townhouse apartments on North Campus by several pledge members. Their hands and feet were then tied with zip ties and duct tape. The two were quizzed about "fraternity information and lore," and when they answered incorrectly they were required to do exercises or were given drinks, such as flavored syrup or vodka.

Andres' suit claims that prior to her son's tragic death, SAE had "negligently implemented" an ineffective risk management policy. The suit goes on to allege that the fraternity had knowledge of "a staggering number of serious injuries and deaths from Greek activities, substantial flaws in its management system and the foreseeable risk of future injury and death should its activities, traditions and risk management strategies continue without meaningful change."

The law defines wrongful death as "Whenever the death of a person results from any act, conduct, occurrence, transaction, or circumstance which, if death had not ensued, would have entitled such person to recover damages in respect thereof, the person or party who, or the corporation which, would have been liable if death had not ensued shall be liable in an action for damages, notwithstanding the death of the person injured, which damages may be sued for:

If someone in your family has been the victim of a wrongful death, you need an experienced law firm to make sure your rights are protected. Contact us for a free consultation to see if you do indeed have a wrongful death case--there is never any pressure or obligation.

Columbia Missouri Wrongful Death Lawyers know that no amount of compensation in the form of money can make up for the loss of a loved one. We support Marie Lourdes Andre in her desire to have some good come out of her son's death, in the form of public awareness and much needed changes in fraternity rules, attitudes and policies.