The Missouri Personal Injury attorneys at Aaron Sachs have been watching the Casey Anthony trial, and the media uproar that has accompanied her acquittal. This case emphasizes the importance of our jury system as the foundation of justice in our country.

First, for those readers who are unfamiliar with the case, a brief synopsis:

Casey Anthony, 25, was charged with the murder of two year old Caylee. The prosecution claimed she chloroformed her daughter; then suffocated her with duct tape over her nose and mouth. The defense claimed the little girl accidentally drowned in the pool, and her mother panicked and kept the death a secret, making up a lie that her nanny had kidnapped her. 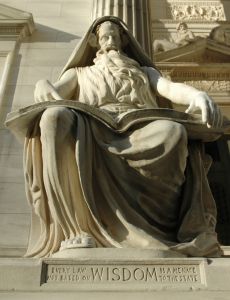 She was charged with seven counts -- first-degree murder, aggravated child abuse, aggravated manslaughter of a child and four counts of providing false information to a law-enforcement officer.

She was acquitted of the murder charge by a jury of her peers, after only eleven hours of deliberation--shocking and outraging much of the public who had been closely following the six week trial. However, when interviewed post verdict, jury members said things such as,

"Everybody agreed, if we were going fully on feelings and emotions, she was done."

"We were sick to our stomach to get that verdict."