As Joplin drunk driving accident lawyers, we are always interested in new ways that various localities deal with the problem of drinking and driving. Texas (the deadliest state in the country for DWIs) tried an interesting experiment this past Fourth of July weekend. This particular holiday weekend is always reported as the deadliest holiday for drunk driving accidents and fatalities, not just in Texas but here in Joplin and the rest of Missouri as well. 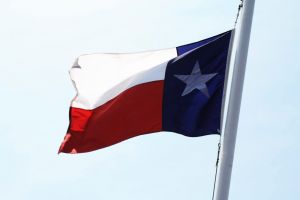 This statewide initiative was called "no refusal." Basically, if anyone suspected of driving or boating while intoxicated refuses a breathalyzer test, they will have a "blood search warrant" issued against them, requiring them to have a blood test.

Apparently the first initiative of its kind in the entire country, over 200 Texas law enforcement agencies participated in no refusal. They are already calling this experiment a success. It is hoped that "no refusal" might become a model for deterring drinking and driving offenses in Texas--and even spread to the rest of the nation.

Said Austin Police Chief Art Acevedo, "We truly believe people make better choices on those weekends," referring to weekends this no refusal initiative is in place.In Austin, no vehicle related deaths were reported at all over the weekend. City officials pointed to that as a sign that the anti drunk driving initiative is having an effect.

Some cities in Texas have a "no refusal" policy all the time, but apparently that approach has its drawbacks. Chief Acevedo explains, "when you do 'no refusal' all the time, you lose a big component of why we do it--the educational piece and the prevention piece."

How does an approach like "no refusal" relate to the situation here in Joplin? According to changes in Missouri's DWI laws in 2010, it is already a misdemeanor to refuse to take a breathalyzer test. (Missouri Implied Consent Law, Missouri Statute § 577.020) If a police officer pulls a person over and asks him/her to take a breathalyzer test, that officer must inform the person that if he refuses the test, he will lose his license for up to a year.

So, perhaps we are ahead of Texas in this area...however, Joplin accident attorneys know that education and raising public awareness is a vital part of solving the problem of drunk driving. Instituting "no refusal" weekends would not work here in Missouri, as it is already illegal to refuse a breath test. But we support any initiative anywhere in the country that can raise the public's awareness about this issue. The "no refusal" weekend got huge press all over Texas, and we can only assume that knowing about it did affect people as they headed out for some Fourth of July fun.

The personal injury lawyers at Aaron Sachs & Associates, P.C. always support the Missouri State Highway Patrol and other Joplin, Neosho and Webb City law enforcement agencies in their sobriety checkpoints and other anti-drunk driving efforts. For other states that don't have as aggressive anti drunk driving laws as we are lucky to have her in Joplin, these "no refusal" weekends sound like a terrific initiative.